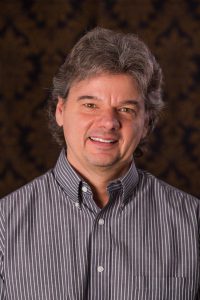 I grew up in a Christian home and accepted Christ at an early age. However there were some problems in our family which included sexual abuse, and I learned to cope by using sex for comfort and love.

I was adept at playing the game of keeping my obsession with sex a secret from everyone, including by wife. At work I was the successful businessman who made all the right moves, and at church it was easy to say all the expected theologically correct words and fool everyone there into thinking I was a “great Christian guy.” I was a Christian Dr. Jekyll by day who transformed into a sex-obsessed Mr. Hyde at night when no one was looking. Problem was, the shame and emptiness I experienced after my Hyde moments was horrible – and draining. Living the double life takes a lot of energy, time and work.

In 1990 I tried to reach out for help from the church. I went to a marriage retreat with my young wife, (we’d been married just a year) and I decided to approach a pastor there about my struggles with lust. After I described my problem to him, his response was “just stop doing it! Just stop!” I walked away in despair after hearing his words; I knew I was in too deep to “just stop.”

In 1991, 2 years after getting married to my unsuspecting young Christian bride, I committed adultery with a prostitute and hit one of several bottoms. The pain motivated me to get help, and I began a search for freedom from sexual addiction. I went to the 12 step groups for nine years, spent a total of 13 years in counseling (yes, with Christian counselors), read books and went to conferences. I called a counselor at the Billy Graham organization and asked them to pray for me. I’ve had demons cast out of me, and have been hypnotized. I prayed and read the Bible every day all through this time; God heard “oh Lord please forgive me and take this away” from me many times.

Doing these things provided temporary relief, but not the freedom I was looking for. In the end I realized I was after the impossible, and man made programs couldn’t offer what I needed, which was a new heart. I was starved for love, empty, miserable and lonely.

In January of 1999, I gave up. “Working the steps,” counseling, books, Bible knowledge and all the other stuff had gotten me nowhere – the pull to lust still ruled my life. I could go 3-6 months without looking at porn, but that was as good as it got. My mind was tormented with sexual images and pictures. In a moment of desperation I made the Living God my last and only hope, saying something like “Lord, either you’re going to change my heart and be the God You say you are Who can change lives, or this whole Christianity thing is a crock.” If the Lord didn’t change me, there was no hope left.

The Lord took over, and led me in specific ways. First, I had to run from lust, hard. No more games, no more playing with it. I stayed out of isolation like my survival depended on it, and packed my life with other men. This meant lots of phone calls, lunches, breakfasts and meetings, every day, and every week.

One of the things that tripped me up in the 12 step group was their “sobriety standard,” which focused on the physical acts alone. The Lord showed me that by focusing on “staying sober” physically, I was missing the target by miles. God’s standard for sexual purity is “no lusting in the heart,” (Matthew 5) in addition to the physical acts. By man’s standard I could lust away in my heart, yet still be “sober.” God’s standard for sexual sobriety, purity of heart, was impossible for me to achieve on my own, which, again, forced me to lean on Him with everything I had. There was no more reliance on programs or head knowledge, I was beginning to trust Him more, and value everything I thought I knew much less.

The Lord forced me to face a profound father wound issue I’d always ran from, and healed it through the help of a counselor, lifting a lifelong weight of pain, fear and rejection from my heart. My heart was getting cleaned up, but something was still missing; I was still empty inside.

In my times with God in the mornings, He started pointing out the verses in His word that invite us to seek His face, like Jeremiah 29:13… “You will seek Me and find Me when you search for Me with all your heart.” It hit me that I was empty because I was starved for God. I was also convicted with the fact that I’d never sought Him “with all of my heart” before. I gone after girlfriends, jobs and other things with all of my heart, but never in my life, in spite of all my Bible knowledge, had I sought God Himself with everything I had. I’d never really tried to know the Person behind the words; Christianity to me had been a grand and glorious attempt on my part to “be good enough” to please God. It was all a lie.

The Lord kept getting the point through to me that I needed Him for the life I was looking for with verses like John 5:39:“You search in the scriptures for in them you think you have eternal life, and these are they which testify of Me. But you are not willing to come to Me that you may have life.” I was after something much more profound and powerful than “sexual sobriety”, knowledge far more wonderful than mere theology, I was hungry to know and be filled by the Living God. I started seeking His face with everything I had. I asked Him to reveal Himself to me, often, show me Who He was, fill me with the life and love I’d been looking for. I went after Him hard, and often.

In June of 1999, I was reading through 1st John, a book packed with verses telling of the Lord’s abundant love for us. As usual, reading about God’s love depressed me… and I blurted out: “Lord why is it that every time I read about Your grace I get depressed?”

He replied instantly in that still small voice with five words that cut deep: “Because you don’t believe it.” I was shocked to hear Him say this, but it was the truth. The Lord had been saying “I love you” to me all of my life, and I hadn’t believed Him. He brought to my mind the times I’d heard Him say words like “beloved of the Lord” to me years prior, and I’d blown Him off thinking words of love like that could never be meant for me. I saw God as angry, cold and distant, and I’d rejected His love and chosen lust instead, even while He’d been offering me His grace. I’d been slapping His face and calling Him a liar for the first 36 years of my life, even as I’d been going to church, singing praises, praying and reading lots of Bible.

The truth that God loved me in spite of everything I’d done hit my heart full force and blasted open a valve that had been sealed shut, and the Holy Spirit flooded my heart with love, joy and peace. I finally had the life I’d been looking for in lust all of those years, and my life hasn’t been the same.

Since then it’s been my joy to point others to God’s “furious love,” as Brennan Manning calls it. I don’t offer those who struggle with sex addiction a program, or give them “10 steps to freedom.” There are some principles we need to know in the battle, of course, but the methods are different from the goal, which is to have God fill us with His life and love. We’re all unique, and God works with us in different ways. My mission is to point others to the Living God and His grace, which is what sets the broken free. When we go after God we get sexual purity, but when we make sexual purity our goal we fall short, because there’s no power in a program, and we don’t have enough willpower to overcome our flesh.