Published on September 26, 2022 in Christian Life The Church by Mike Genung

I met with the senior pastor of a church of 1,000 here in AZ for lunch last week. He told me that at their recent men’s retreat, 80% of the men admitted to struggling with pornography. When he asked how many would take a specific Read More

Published on September 23, 2022 in Blazing Grace by Mike Genung

In 2019 we exhibited for the first time at the Christian Resources Show in the United Kingdom. In the first hours of the first day of the show, no one stopped by our booth; some even made an extra effort to veer away from it. Read More

The Lamp Posts below can provide light for all of the Christian life. Let’s jump right in. Freedom and healing are impossible in isolation. Many have tried the “do it yourself” approach to avoid sharing their weaknesses and failures with others, including myself. You must Read More 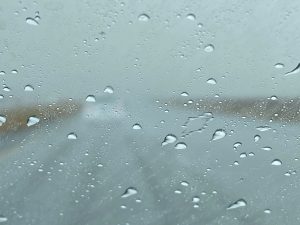 Sunday July 31, Bekah and I left in the morning to drive to Las Vegas. The morning began for me with a 3:00AM dose of warfare. There would more of those as the month progressed. About 20 miles outside of Las Vegas, we ran into Read More

The Billboards are Up. Now We Need Prayer!

Published on July 27, 2022 in Uncategorized by Mike Genung

Our billboards started showing in 12 locations in Las Vegas last Saturday. Here are pictures of two of those locations:     Lamar, the billboard company, provided the shots above. This is what the full artwork looks like: And the locations in the city: Now Read More

The Pastor’s Conference in Southern California 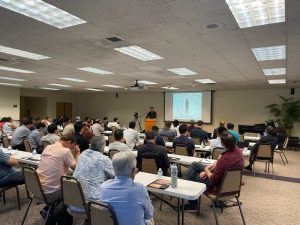 Published on July 15, 2022 in Uncategorized by Mike Genung

You Are a Game-Changer

Published on June 17, 2022 in Christian Life The Church by Mike Genung

After last week’s newsletter on equipping you to be a spiritual warrior, I got hit with one of those late-night battles I described in the article. Our spiritual adversary is quite happy to keep us feeding on milk and cookies Sunday morning at church, but Read More 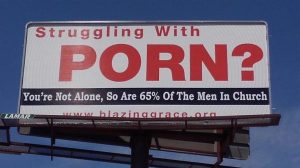 Published on May 13, 2022 in Blazing Grace by Mike Genung

After spending time in prayer and discussing it with our team and others, we’re proceeding with the following campaign to reach the sexually broken in Las Vegas and beyond. Billboard campaign From July 23 – August 19, 2022, the Blazing Grace billboard will be shown Read More

Youth, Sex, and the Church

Published on May 3, 2022 in Blazing Grace The Church by Mike Genung

20 years ago, when my son was 8 years old, I had the sex talk with him. I told him he would be exposed to pornography, and when that happened to make sure he told me. I explained to him how isolation feeds and breeds Read More 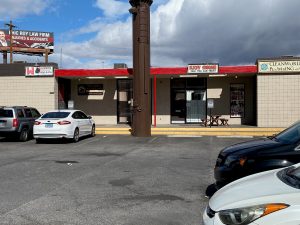 Last Thursday and Friday, Bekah and I were in Las Vegas, where I hosted two live shows of Blazing Grace radio. KKVV’s radio studio is located in the middle of the sexually charged hot zone of the city. 5 strip clubs, an erotica museum, sex Read More