Last Thursday and Friday, Bekah and I were in Las Vegas, where I hosted two live shows of Blazing Grace radio.

KKVV’s radio studio is located in the middle of the sexually charged hot zone of the city. 5 strip clubs, an erotica museum, sex shops, and massage parlors pack the immediate vicinity. KKVV’s next-door neighbor is a strip club.

The Las Vegas strip is several minutes away. The strip has been built up with shopping centers and other entertainment options since my last visit in the 1986 to make it family and tourist family, with replicas of New York City and the Eiffel Tower and a 45-foot tall Gibson Les Pail guitar in front of the Hard Rock Cafe. They’ve also added other attractions. At all hours of the day (Bekah and I walked the strip at 11:00AM), showgirls wearing string bikinis approach those passing by, ask if they’d like their picture taken with them, and invite them to their shows. Men hand out advertisements with pictures of naked women that promote strip clubs and other forms of sexualized entertainment. Glittery trucks sporting mobile digital billboards flash scenes of mostly naked men and women. Fixed billboards with more of the same fill in the gaps along the way. This is all right in front of families with kids or whoever happens to be there. And while all this is going on, 3,000 prostitutes are reportedly plying their trade somewhere in the city, most illegally.

It was like being dropped into the middle of Sodom.

And the enemy wasn’t pleased that we were there.

We drove a rental car from Arizona to Las Vegas; the car had to be switched in Las Vegas due to a mechanical problem.

I wrestled with a dark cloud of depression on Thursday that didn’t let up until we walked into the radio station at 2:45PM.

An hour before the Thursday afternoon show, Alysa, the station manager of KKVV, got hit with some hard news that shook her up. At first she wondered about the timing but then realized it was an attack triggered by the topics we were going to expose.

Immediately after the first show, the radio transmitter went down.

Thursday night, I had dark, demonic dreams, then woke up to the sense of evil in the room that I felt physically. From much of midnight until the early morning I was engaged in prayer and warfare. When I walked into the studio Friday morning, Alysa, the station manager, told me she had been attacked that night as well.

When warfare is intense and ongoing, perseverance, prayer, knowing the truth and rejecting every lie, a stubborn refusal to bow to fear or back down, understanding who we are in Christ and that He is with us, and remembering that God is infinitely more powerful than the demonic realm is critical. Praying Scripture, particularly Psalm 91, the great warfare chapter, is an effective weapon. We must also use wisdom and make sure we’re walking with God, listening to Him, and in the center of His will. Pride, arrogance, and self-sufficiency will take us down.

Be sober-minded and alert. Your adversary the devil prowls around like a roaring lion, seeking someone to devour. Resist him, standing firm in your faith and in the knowledge that your brothers throughout the world are undergoing the same kinds of suffering.
1 Peter 5:8-9

For the weapons of our warfare are not of the flesh but have divine power to destroy strongholds.
2 Corinthians 10:4 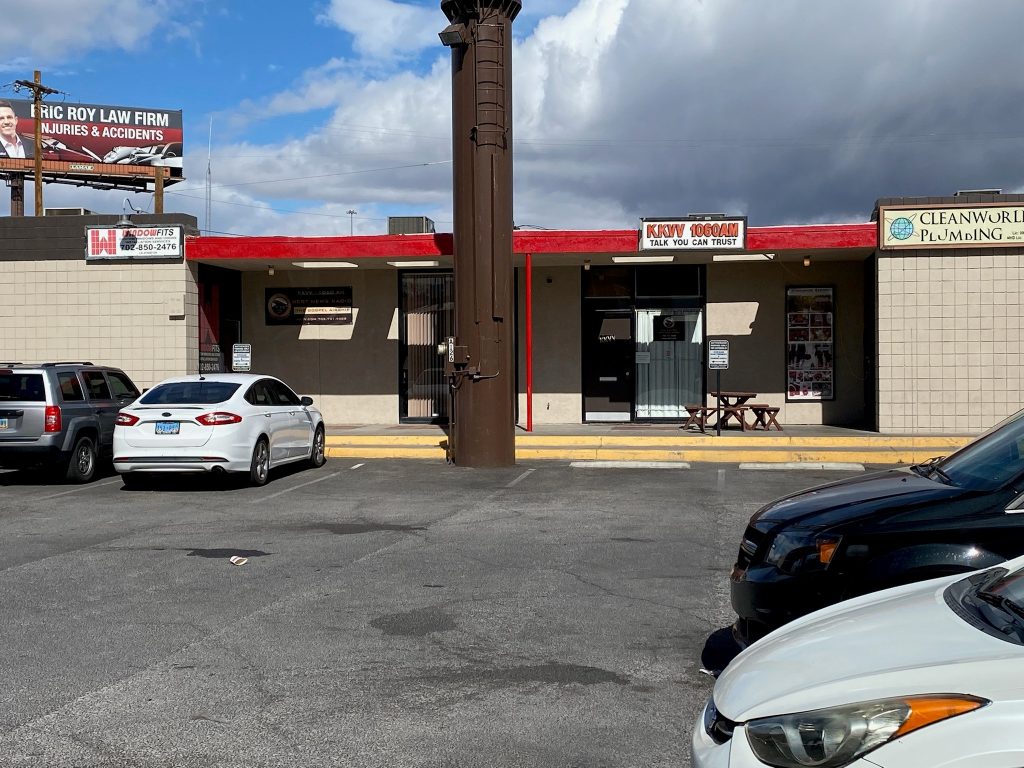 The modern church spends too much time idolizing the big Christian names and ministries and waiting for them to do something as it watches from the sidelines. Every believer has a battle to fight and can make a significant impact. We need to equip and challenge a church at war to enter the battlefield. I’ve learned far more about spiritual warfare from being thrown into a firefight (and making mistakes) than I ever did listening to a sermon on the topic. Taking incoming fire has a way of accelerating the learning process.

We’re praying with KKVV and asking God what the next step might be for us in Las Vegas. A Blazing Grace billboard campaign is being considered and we’re working on other areas. I’ll be interviewing Alysa on BG Radio in the coming weeks; her story is powerful and I believe you’ll be blessed by it.

Your prayers are appreciated. You who are followers of Christ are meant to be overcomers and warriors.

Blessed be the LORD, my rock, who trains my hands for war, and my fingers for battle
Psalm 144:1

No one engaged in warfare entangles himself with the affairs of this life, that he may please him who enlisted him as a soldier.
2 Timothy 2:4