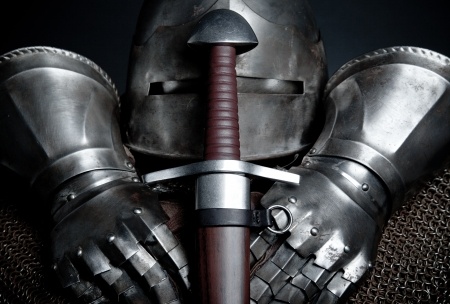 Overcoming lust can be hard. Some battles are fiercely intense and last for hours, while others are easy. For those moments when you’re caught in a tough battle, here are 12 things to remember:

1. No temptation lasts forever. They may feel like they will, but eventually they will fade.

2.  Perseverance will often be your more important asset. When the waves of lust would start to roll over me, I would offer up one or two weak prayers, the battle would get harder, and I would give in.  I’ve waged battles with lust that lasted all night, sleeping for an hour, getting hit, praying and resisting, falling asleep for another hour or two, and then repeating the cycle. You’ve got to be prepared to go the distance, no matter how long it takes.

3. You have every weapon you need to stand firm in the battle. I now know that prayer and God’s word are enough to overcome every battle. I didn’t always believe this. When lust had a foothold in my life, God’s word and prayer didn’t seem to have any power to me. I used a combination of white knuckling my way through temptation (which didn’t work), or calling a friend and asking them to pray for me (which worked for an hour or two, but when the lust attack hit again I still needed a way to stand on my own). This does not mean that we shouldn’t try to fight lust in isolation or on our own strength, but that there will always be times in our life when we can’t get a friend on the phone, or get to a group, and we must stand our ground. In those moments we need to be able to wield the weapons God has given every believer. My problem in the past was that I had lost so many battles after reading the Bible or praying that I didn’t believe either of these had the power to see me through. Prayer is powerful; it connects me with the Lord and His power and brings in the emotional and spiritual firepower I need to press through to victory. God’s word is a sword that cuts to the core of my flesh, which would love to indulge in lust, if I let it. The battle may be fierce, and it could go on for a while, but eventually the power of prayer and His word are enough to take me through.

4. In war, one side will eventually get worn down and give up. You never have to be the side that surrenders.

5. What you believe will play a critical factor in determining the outcome. If you believe that you’ve fallen too many times to overcome lust, or that your flesh and the enemy are too powerful, you’re already halfway to defeat. I’ve had plenty of men tell me over the years that they had little to no hope that they could ever be set free from lust. If you believe that victory is possible, not by fighting with your willpower or flesh, which won’t work, but with the tools God has given you, then there is more than enough hope that you will come through.

6. Like Joseph with Potiphar’s wife, there will be some battles where the sexual energy is too strong and delaying is dangerous; the only way to win is to run, immediately. For example, if a woman who was not your wife was touching you or asking you to sleep with her, excuse yourself and get out of there. Stay away; don’t play with fire.

7. Use wisdom and discernment regarding your weak points. If there is a situation you’ve placed yourself in many times and have fallen, avoid it. Don’t play games with lust.

8. Examine what you really believe about yourself, God, and lust. Is He really strong enough to see you through? Does He even care? Do you believe He hears your cries for help?

9. Remember who you are. You are God’s son (or daughter, as women struggle with lust too). You are not alone and you are not forsaken. He is near (Philippians 4). If you’re married and have kids, remember that you are your wife’s husband and your children’s father. Think about how it will feel if you have to look your wife in the eye and tell her you masturbated to porn. Remember your children and the shame you will feel knowing you’re not the man they think you are, should you fall. Be who are you are, a blood-bought, son or daughter of the living God, with loved ones who need you to be the leader of their home.

9. Remember that just because you’ve failed in the past does not mean you have to fall again. You don’t have to give in! The battle may be intense, but if you learn to lean on God and use the tools He’s given you, you’ll start chalking up some wins.

10. You are not a loser, or a failure. You are broken, weak and struggle with a flesh that screams for lust, but you’re not the scum the enemy has been trying to tell you that you are.  Beating yourself up is playing into the enemy’s hands because it keeps you in “I don’t deserve freedom and victory” mode. Accept God’s forgiveness for your past sins once and for all. It’s done. Move forward and keep going.

11. You have more spiritual firepower than you realize. The enemy wants to keep you in the dark about this. Every prayer, every time you read Scripture aloud, is an assault against him and your flesh. He doesn’t like getting hit, and if you continue to persevere eventually you’ll be the one wearing him down.

12. In every battle, in order to win, you must choose to allow your flesh to die. You don’t fight against your flesh with willpower, but you ignore its cries to indulge in sin. You let it die. There will be a little pain inside; I notice that when I let my flesh die that there’s a momentary intensifying of the craving for lust, then a strong feeling like I’ve lost or missed out on something. Not long after, it’s over. My flesh has died, and along with it the lust-craving. If you pray and read God’s word but you’re not willing to die, you will eventually lose the battle because your flesh will take over.  There are times when my only prayer during temptation is “God, please help me to die.” I know what’s really going on is that my flesh is craving sin and I have to die; it’s not about the enemy, it’s just that there’s this sin-thing inside of me that wants to go the wrong way. I can’t fight sin, or will my way to victory; I have to choose to let my flesh die.

I affirm, brethren, by the boasting in you which I have in Christ Jesus our Lord, I die daily.
1 Corinthians 15:31