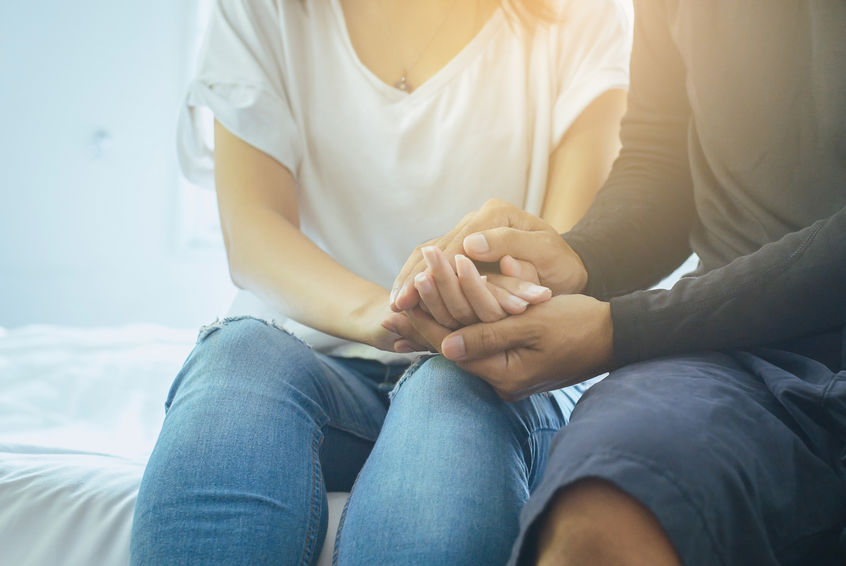 Not even close. Ask one of those wives how they feel about being lied to all of their marriage, or what the trauma of the initial disclosure is like, especially if they caught their husband in the act. Ask them what it feels like when their husband comes home from church, where he was faking it, or his support group, where his buddies were high-fiving him for not acting out for 30 days and then snaps at her if she asks when he last acted out.

It’s a mistake to think that abstinence alone is the measure of a man’s healing and restoration. If you want to know how he’s doing, ask his wife.

Our approach at Blazing Grace is to integrate the husband’s recovery with his wife’s healing. Here are 7 reasons why:

Lust is intertwined with lying and hiding. All dishonesty must be rooted out of the man’s character for lasting freedom. Until he discloses to his wife, he’s still giving deceit ground in his heart; opening up to his support group isn’t enough. Many wives say the lying hurt them more than his sexual sin. This is why we have the men give full disclosure to their wives in the first week of our men’s course, which is built around my book Action Steps to Freedom. Without ongoing accountability to the wife, shallow recovery is the best they can hope for. This doesn’t mean the husband should rake their wife over the coals with every detail, but that he doesn’t get defensive when she asks how he’s doing.

Porn inflames selfishness and pride, blinding a man to everyone’s needs but his own and making him critical and bitter in the process. He takes the stronghold of self-absorption down over an extended period of time as he chooses to put others and their needs first, especially that of his wife’s. It is in marriage where a man and woman learn to put others first; even more so for the porn-addicted man. When a husband answers his wife’s questions with honesty and patience and ceases making statements such as “when are you going to get over this?” he is showing that his recovery is real and his heart is changing. This is why Action Steps includes assignments where the man is asked to show his wife acts of kindness.

A self-absorbed husband is blind to the needs of others, particularly his wife’s. Many wives complain that their husbands don’t understand them or what they’re going through. One assignment in Action Steps requires the husband to ask his wife to share her story, giving her the opportunity to share her heart with him, training him to be others-focused in the process.

Daily prayer with your wife is a game changer. I ask couples who we’re working with to pray together daily. Praying together is a powerful way to bring God into your marriage and open the door to His healing and love. If the husband hasn’t disclosed his past to his wife, his prayers will be thwarted; he will have a hard time praying with her while living the double life. The Couples Workbook has assignments that get the husband and wife praying and working together.

It is in marriage where we learn to love. There may no harder place to show kindness, love, extend forgiveness, or pour out grace than marriage. Get your marriage right, and you are well on your way to true, lasting recovery and the abundant life. (Action Steps has an assignment on Taking the Steps of Love with Your Spouse).

Support groups provide a safe place to share, learn, be vulnerable, and get a grip on abstinence. It is in marriage where you put into practice what you’re learning and make it real. Marriage is the truest test of a man’s recovery; he must integrate his relationship with his wife for lasting, true freedom.