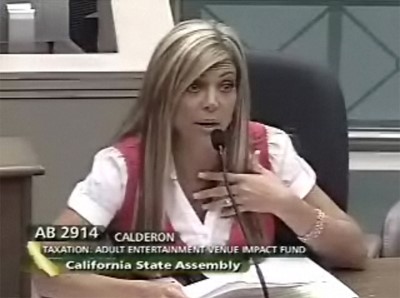 From 2005-2007 we aired the original Blazing Grace Radio show in Colorado Springs, Colorado. The focus was similar to today’s show, with an emphasis on talking openly about sexual issues and equipping the sexually broken.

From 2005-2007 I got to know Shelley and her husband Garrett a bit, corresponding with them by email and talking on the phone. When I entered into a time of personal testing trial in 2007, Shelley and Garrett offered their support.

In September of 2007, Shelley wrote me this email:
Garrett my husband and I have been through hell the past two years and God has taught us so much and we would love to be there for you and encourage you and just listen to your struggles. We all need that. I want you to know you can totally trust Garrett and I as we understand completely what the cost is to do this type of ministry. I feel Blazing Grace ministries is one of the most genuine powerful ministries there is and many have written me and told me so. I will do whatever it takes to stand by you because I believe in you and the ministry God has given you.

In the years following 2012, reports started surfacing that Shelley had used Pink Cross’ funds inappropriately, or that she’d verbally abused others. She had an affair in 2015, divorced Garrett in 2016, then closed the Pink Cross Foundation. She became angry at God and fell back into drugs and alcohol. On March of 2018, Shelley’s home burned to the ground in what was called a drug lab explosion.

In the middle of 2018, I didn’t know the extent of what Shelley had been going through and made contact with her for the first time since early 2008. I had been considering starting up Blazing Grace Radio again and wanted to see if she was interested in getting involved. We talked on the phone for an hour. It was heart breaking. The woman I knew in 2005 who had been passionate about God and helping others was replaced by a woman who didn’t seem coherent. Perhaps the drugs had damaged her mind to such an extent that she wasn’t all there. She told me she’d been in a mental hospital and was having a hard time.

On February 9, 2019, Shelley was found dead in a trailer park in California, alone, with conflicting reports as to the cause of her death. She was 50.

Shelley’s story hits hard… what happened? I can only guess. When we’re in a ministry position where lives are being impacted and people are handing out compliments it’s critical we receive them but don’t hold onto them. Once we allow the praise of man to stick it can become a drug that takes on a life of its own. As the ego inflates, God fades into the background. Once pride has a firm grip anything can happen. A big crash isn’t far away.

Shelley’s story reminds me of Ravi Zacharias’; the internationally acclaimed apologist who fell into sexual sin to the point of manipulating and co-ercing women into sex the last 10 years of his life. I don’t know where Shelley and Ravi are today; I wouldn’t want to have been in their shoes when they stepped into eternity not knowing where they stood with God.

We live in a time when people are walking away from the church in droves. The darkness we’re in is dangerous to every believer’s heart. If you’re in bondage to any kind of sin, if your heart is hard, or you’re distant from God and playing church, please don’t wait a minute longer without taking the action steps you need to heal, break free, or recover. We receive emails from wives often (including pastor’s wives), who tell us their husbands are addicted to pornography and refusing to change or get help. That’s a dangerous place to be in spiritually. Given enough time sexual sin will turn your heart into a rock; who knows how far you’ll fall once the hardening process is complete.

None of us knows how long we have; there are no second chances once we take our last breath. If you’re distant from God, do whatever it takes to restore your relationship with Him, today.