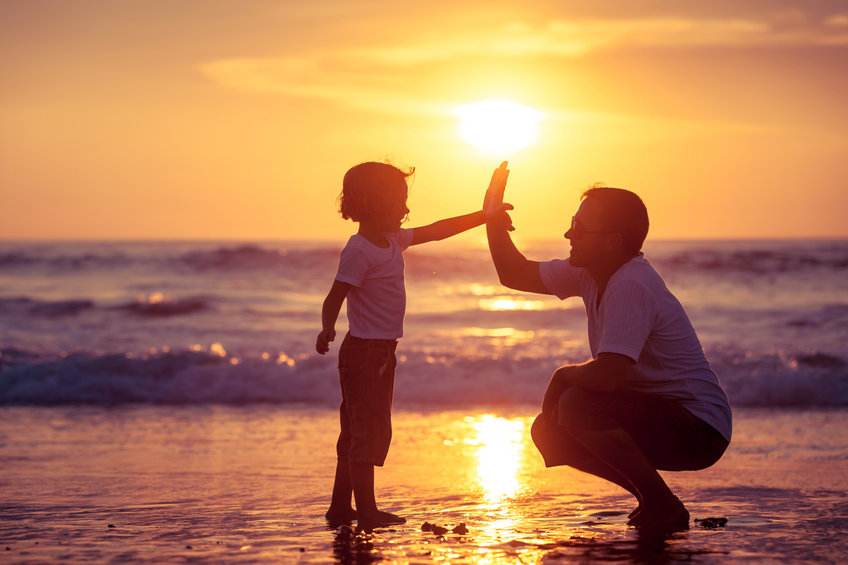 It’s 2007, and I’m addressing a group of men at a church. As I’m discussing the topic of fatherhood, I ask the men to raise their hands if they had a close relationship with their father growing up.

Not one hand went up.

Fast forward to 2017. It’s Sunday and I’m scheduled to give the morning message to a church of 700. Dan Wiens is with me; he will be translating from English to Italian. As we’re driving, I have a conversation with God:
“Lord, what do you want me to talk about this morning?”
“Father wounds.”
“Father wounds?? Is that really you God? Are you sure?”
“Yes.”

I had learned to allow God plenty of room to step in at the last minute and show me where He wanted me to go and trust Him, so I went with it.

After the worship, I dove in, beginning with how Jacob’s family was train-wrecked due his favoritism of Joseph. Jacob’s oldest son Reuben had sex with Jacob’s concubine. Judah had sex with his daughter-in-law as she posed as a prostitute. Simeon and Levi slaughtered all the men of Shechem. (Reuben, Simeon, and Levi’s sin would later have a profound, negative effect on the blessing their father gave at the time of his death.) When Joseph was a teenager, his ten brothers stripped him of his outer garment, threw him in a pit, and considered killing him. Jacob’s family was poisoned with sexual sin, rage, murder, bitterness, hatred—and the pain of rejection.

After the message I had everyone break up into small groups of two to three; men with men, women with women. I asked them to share what their relationships were like with their father and if any healing was needed. I also challenged the fathers to take a look at whether there might be a way they might have hurt their children. Then I asked them to pray for each other.

The message hit a nerve. As they shared with each other, their body language and facial expressions revealed heartfelt discussions. Many women were crying.

After they prayed for each other, we sat down. The senior pastor asked anyone who had been affected by the topic and wanted prayer to come up, and the area around the stage was filled with hurting people. He motioned for me to come back and pray for their healing, which I did.

As we know from the people who come to us for help, many Christians are struggling or have struggled with father wounds. We hear stories from hurting men and women often of fathers who were checked out, passive, neglecting, and rarely if ever said they loved their Kids or gave them hugs. Then there are the stories of men and women whose first exposure to pornography came from their (Christian) father, or dad was verbally, emotionally, or physically abusive, even to the point of threatening to kill them.

There are the heart-rending stories of sexual abuse. Recently a 65 year old woman told me her dad molested her when she was five and she’d never forgiven him. She asked for help in doing so, and I led her in a prayer forgiving her dad.

Let’s shoot straight here. Every dad messes up and says or does things they shouldn’t. I have, and so has every other father. There’s no such thing as a perfect parent this side of eternity and every man is flawed; broken. The key question is whether the father makes amends quickly with their kids and works to stop what they did wrong, or if the pain continues.

Boys are warriors in the making who need to know their dads believe in and love them. Girls need to be loved, treated as princesses, and shown their true value. Both need fathers of strong character. Words of affection spoke often (“I love you”), consistent affection, measured discipline that’s never done in anger, and quantity time (which is quality time), is needed. Saying “I’m sorry” is just as important as saying “I love you.” Maybe even more so. When a parent apologizes, they show their kids that their feelings matter. Many never heard “I’m sorry” growing up.

It’s no wonder so many Christians struggle when it comes to connecting with God, having a prayer, life, and resting with Him in silence. We see God through the lens of our earthly dad. If Dad was an unaffectionate, an impatient rage-monster who blew his top at a moment’s notice, they will see God in similar way, no matter how many Bible verses they’ve memorized. Then when they struggle with doubt and well-meaning Christians say stupid things like “just have more faith,” or worse, spiritually abuse them (it happens all the time), or go off on a mini-sermon, the dagger is twisted deeper, while the enemy attacks with hopelessness. “Look at you! What kind of Christian are you? You’re always messing up… why can’t you get it together like everyone else? See those smiles on Sunday? That’s what a real Christian looks like.”

So they continue to fake it, show up to church, put on the smile, and pretend everything’s okay. It doesn’t work, so they throw themselves deeper into their medication of choice; sex, food, workaholism, ministry, drugs, alcohol… until they hit the wall… or their heart grows so hard and numb they give up. Then anything can happen.

Let me give you some lampposts for the way through.

What was your dad like? Was he there for you? How did the way he treated you affect you? Most importantly, what messages did you internalize about yourself and God through your relationship with your earthly father? Ask God to open your heart, and write it all out in your journal.

Are you willing to go there? Many use “my parents did the best they could” as a smokescreen to keep them from looking at their heart. The idea here isn’t to condemn or judge, but to look at how you’ve been wounded so you can heal and live with a heart that’s fully alive. Faking it or stuffing your feelings never works; the best that can do is compound the pain with interest and harden your core.

Share what you journaled with a close, safe friend. Preferably not a family member who is emotionally invested. Ask them to pray for your healing.

If God has shown you some lies you’ve bought into about yourself or Him, renounce them and invite Him to replace them with His truth.

Church and ministry leaders: There are many men and women under your care who are hurting with father wounds. Lead them into the beginning steps of healing as are shown in this article.

If this article has exposed deep areas that need healing and you want help, we’re here for you. There is a way through, and you can heal and grow and break the cycle of pain that might have been passed from generation to generation.