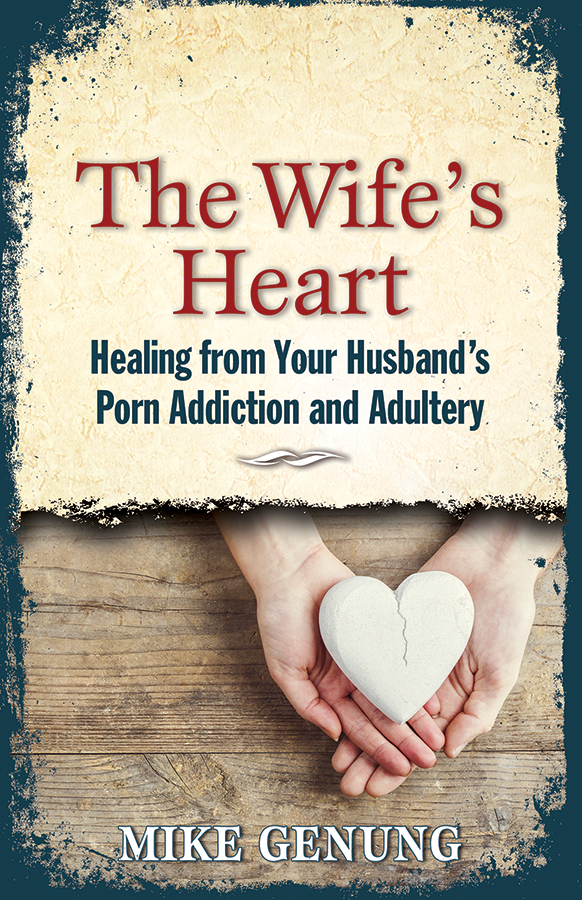 One of the questions we hear often from wives is, “How do I rebuild trust after my husband has been lying to and hurting me with his sexual sin for years?”

The Eight Elements of Rebuilding Trust

I just found out my husband has been using porn. Over time, he’s became distant; he doesn’t even kiss me good night anymore. I’ve dreamed of having a beautiful marriage where my husband loves me like Jesus loves the church, but our relationship is far from that. I’ve complained about our lack of sex many times, but he hasn’t changed. This year has been horrible; I feel so lonely. I’m not eating right or sleeping well, and am struggling with anxiety. Having kids has changed my body; I’ll never be one of those women he lusts over. I trusted my husband to protect my heart. Did he ever care?
Trust is the cornerstone of marriage; relationships die without it.

The husband who is incapable of consistent honesty and accountability cannot give his wife a reason to trust him. Without the security that comes from a relationship built on trust, their marriage cannot be rebuilt.

On the other hand, a man who answers his wife’s questions truthfully, no matter how difficult they may be, is worthy of her trust. Honest men show their wives that their relationship means more to them than their pride, which is often the first hindrance to transparency. Fear and shame take second and third. Although a man of integrity is fatally flawed and makes mistakes, he is willing to own up to them. He doesn’t wear a mask or fake the Christian life.

After a wife has discovered her husband has been lying and deceiving her for years, even decades, what does the process of rebuilding trust look like? Can she trust him again?

Years ago, I went to a federal prison for training to minister to inmates. The instructor told us that some prisoners are out to manipulate those from the outside into doing something for them, such as smuggling or making contact with one of their friends for illicit purposes.

He told us that violent criminals aren’t the hardest to trust—the sex offenders are. When it comes to deceit, sex offenders are the professionals. Lie detector tests are often included in their rehabilitation programs to determine if they can be trusted.

I don’t write this to discourage you, but to help you understand what you might be dealing with. The normal rules that govern a healthy relationship where both sides can be trusted don’t apply here.

Not all men are in this deep when it comes to dishonesty. Some are so desperate and broken they’ll do anything to heal their marriage. Honesty and accountability are easier for them because they’ve had enough pain, are sick of the double life, and don’t want to keep hurting their spouse.

Let’s swing the pendulum and examine both sides to understand the men who struggle with dishonesty. To the left are those who are paralyzed by fear and shame. Telling the truth to these men is terrifying because of the fear of rejection and how their spouse will respond. They’ve rarely crawled out of their shame-hole. Exposing the depths of their sin and brokenness may be difficult because their loved ones (usually Mom or Dad) never accepted them, faults and all. This makes honesty an intimidating mountain for them to face. Deep down, they want to stop lying and hiding, but fear and shame have such a tight grip on them that they’re in bondage. The good news is that these guys can recover and heal with acceptance, love, and facing their fears.

Then there are those on the opposite side of the pendulum. Their hearts are rock-hard. While honesty sounds nice, they won’t give up their pride. They’ll manipulate, blame, coerce, lie, and justify to get what they want. These men are the professional posers, the liars who my instructor in prison was referring to. They are found at every level of the church, including pastors. Sadly, these men need industrial-strength consequences to break them before they’ll face their sin.

The rebuilding of trust requires time, not a one-time event. As Hansel and Gretel left small pebbles on the path so they could find their way home, so you will dole out small nuggets of trust to your husband as he earns them. Don’t give him the whole loaf at once; he must earn it back by taking consistent actions over an extended period of time, just as he did when you were dating.

To gauge whether you can believe your husband and dole out a nugget of trust, consider the following eight elements. One won’t provide enough information for a solid judgment call—you’ll need all eight.

If he has a hard heart, you have no reason to trust him; he isn’t willing to change and/or doesn’t want to give up sexual sin. I wouldn’t open the door of trust more than a hairline crack for a guy like this.

If his character is laced with deception and fear, yet he’s willing to change, you can open the door of trust a bit, maybe six inches. This will give both of you hope and a starting place to work from. He’s not granted wide-open access to your heart; that comes later after he changes.

If he’s like the first man who’s willing to do whatever it takes to heal your marriage, with a broken and soft heart, you can open the door around a foot. This is telling him, “I’m willing to start by giving you several nuggets of my trust, which are precious to me. Let’s see what happens.” He gets a piece of your heart, and you’re letting light and grace in your relationship. He doesn’t have wide-open access yet, but could if he keeps changing.

The door represents protection for your heart; how vulnerable you will be. Trust is not just about honesty; as trust grows you feel more secure, and as you feel more secure, you can be vulnerable with your husband and give him more of you. In each of the three cases you’re protecting your heart. The level of protection is determined by how much the door is closed. You open the door more as they earn your trust by how well they’re doing with these eight elements.

If he’s going to a group and or/meeting with an accountability partner at least once a week and taking the other action steps, and has been doing it every week without stopping for at least several months, you have a reason to consider opening the door a little more.

Note that I said you can consider opening the door; you’re never obligated to grant him a nugget of trust. You don’t owe him; he’s in your debt. That doesn’t mean you should lord it over him and set the bar unreasonably high (stay away from revenge mode), but that you should use discretion and wisdom for every nugget of trust you dole out, apart from external pressure from him. Every piece of trust should come freely from your heart, not under pressure or false guilt.

If he answers your questions with humility, you have a reason to consider trusting him.

Is he dating you? Is your sex life on the mend? Is he sharing his heart with you so that your relationship is about more than talking about recovery and family issues? Are you getting to know him?

“Since sex addicts are so good at lying, how do I know if he’s telling me the truth?” you might ask.

Perhaps your husband was able to deceive you before because you trusted him completely. But now that you know the truth and your husband knows you know, it’s going to be harder for him to look you in the eye and deceive you. He may be able to keep some things from you, but it won’t last long and the truth will come out much sooner than before.

Women have a sixth sense when it comes to their husbands—they see right through them. If I’m in a bad place, Michelle knows after just one look at me. If she asks, “Is something wrong?” but I don’t feel like talking about it and reply “Nothing,” she’ll give me the look that says, “Uh-huh, sure.” Whether I want to talk or not, I know that she knows.

Learn to trust your gut. If something doesn’t feel right, wait, watch, and ask again. If your husband is having a bad day, he’ll eventually break out of it. If the pattern continues for days, it’s a sign that something may be off and you need to press on.

Note that the eight elements are based on his actions and what they’re showing you about your husband’s character. If he’s growing, his words will be reflected by consistent actions and the fruit of a changed heart, which translate into how he treats you.

If fear is crawling up your spine, wait and pray before making a judgment call. You may need to step back and examine whether you’re discerning that something isn’t right in your husband, or if you’re being driven by fear or paranoia. Fear drives with the sense of urgency that something must be done now. Wisdom prayerfully takes all of the facts into consideration before acting.

Which brings us back to God. Keep praying for wisdom and discernment as to whether you should release a nugget of trust to your husband. God will grant your request if you wait for the answer, just as He promised (James 1:5).

One response to “Excerpt: The Eight Elements of Rebuilding Trust”