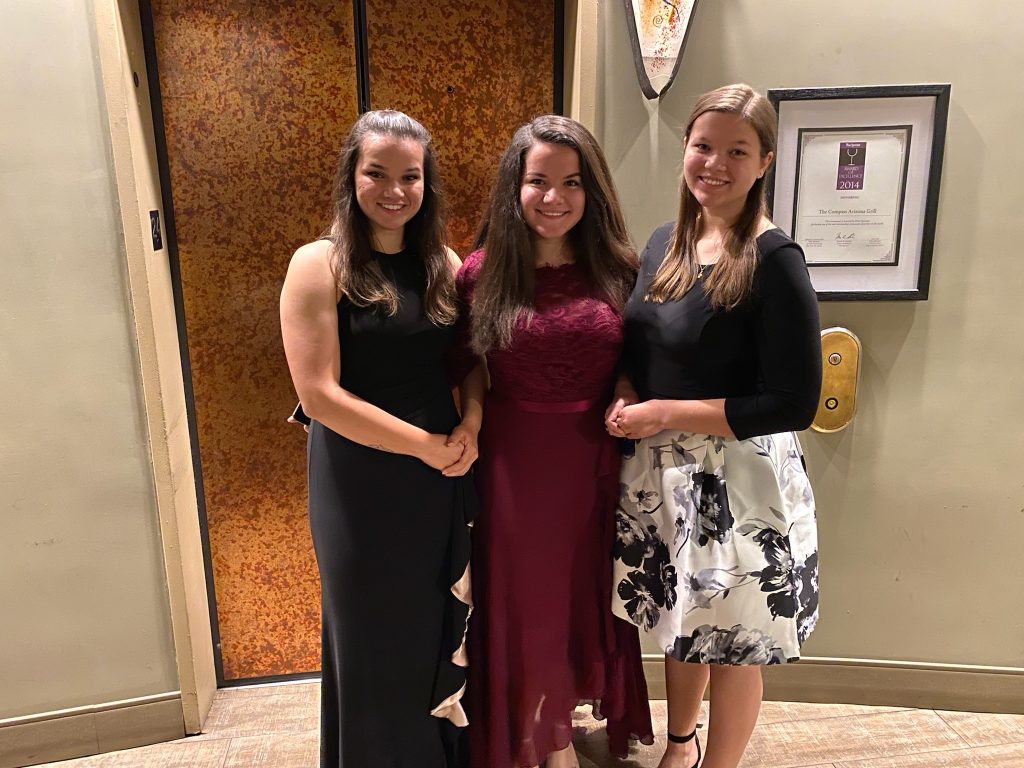 Little children, let us not love in word or talk but in deed and in truth.
1 John 3:18

Once a year, every February, I take my three daughters out to a fancy restaurant for dinner. We get dressed up. They spend time planning what they’re going to wear; new dresses and shoes are sometimes purchased. The picture above you see is of my daughters from last weekend’s dinner; they gave me permission to show it.

One of my motives in doing these dinners is to set the bar sky-high for how a young man should treat them. If he isn’t willing to go all out for them, they can wait for another guy. But my main motive is to reflect God’s extravagant love to them; to show them by doing something over the top that they are His beloved daughters.

Before our dinner, I ask God to give me His words for them, which I share after we order and while the meal is being made. This year the Lord gave me Matthew 27:55-56, from when Jesus was crucified:

There were also many women there, looking on from a distance, who had followed Jesus from Galilee, ministering to him, among whom were Mary Magdalene and Mary the mother of James and Joseph and the mother of the sons of Zebedee.

They got quiet after I shared this. One said she didn’t know of any other of her friend’s fathers who went over the top like we do with our annual dinners. They all expressed love and appreciation. 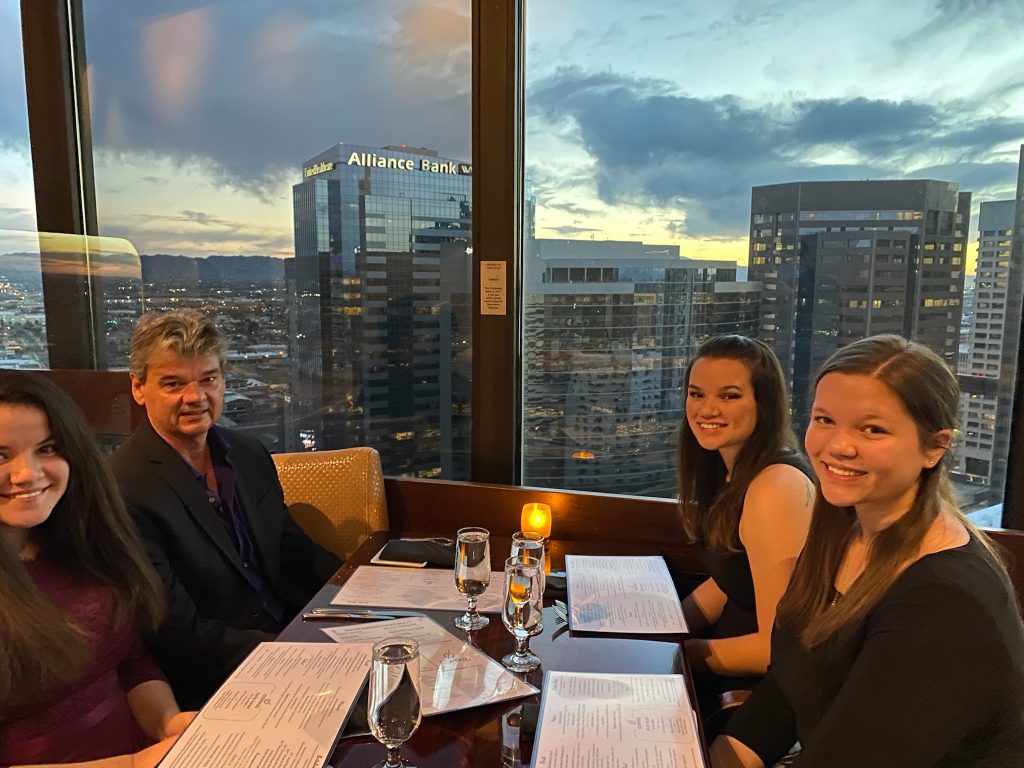 It’s easy to take our loved ones for granted, isn’t it? We need to do something over the top from time to time to show them we love them. From counseling Christian men and women, I can tell you that this is rare, perhaps even more so for men.

But this is about more than father and daughters.

Husbands and wives, when is the last time you did something extravagant for your spouse? I’m not talking about dumping a bunch of money on a credit card to buy an expensive trinket. The effort we put into our acts speaks far louder than dropping a gift on them. Going all out can be as simple as dressing up, going out to dinner, and breathing God-inspired words of life to your loved one.

Fathers and mothers, how often do you go over the top for your kids? Dads, you represent God to them. Your words carry significant weight. Doing something extravagant just once a year can have a major impact. Sons and daughters, the same goes you in doing something wild for your parents.

Most importantly, when is the last time you did something extravagant in your relationship with the Lord? By that I mean going away somewhere, alone, to focus only on Him, seeking Him, worshipping, listening, and resting in His presence. Anyone can give God 90 minutes on Sunday and a dash of time during the week. Going all out with God means spending extended time alone with Him. It is, after all, the example Jesus gave us, often. He even issued the invitation:

And he said to them, “Come away by yourselves to a desolate place and rest a while.”
Mark 6:31

And after he had taken leave of them, he went up on the mountain to pray.
Mark 6:46

God showers us with extravagant love every day. Shouldn’t we, the recipients of a treasure trove of grace, be willing to do the same?