My Trip to Finland 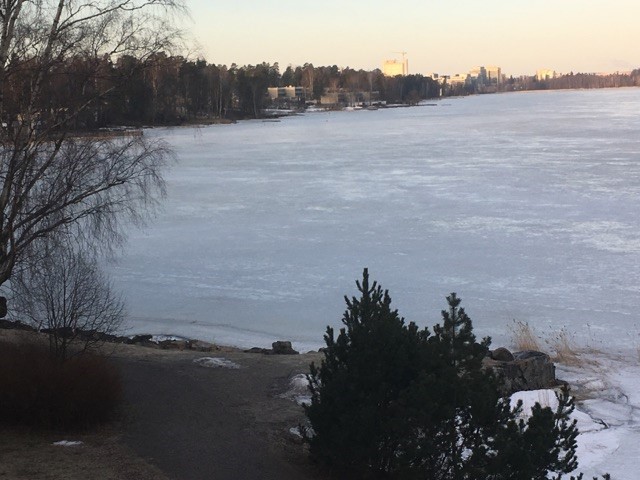 This is the view from the hotel in Helsinki where I stayed the first two nights, in a bay by the sea which was frozen over. 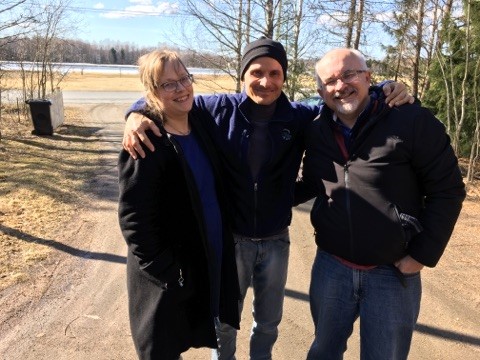 Jeff and Aura Elliott, and Dan Wiens. (Jeff is in the middle). Dan lives in Italy and worked with the Elliotts to set up the trip in Finland. Aura did the translating for me from English to Finnish when I spoke at a church in Tampere. 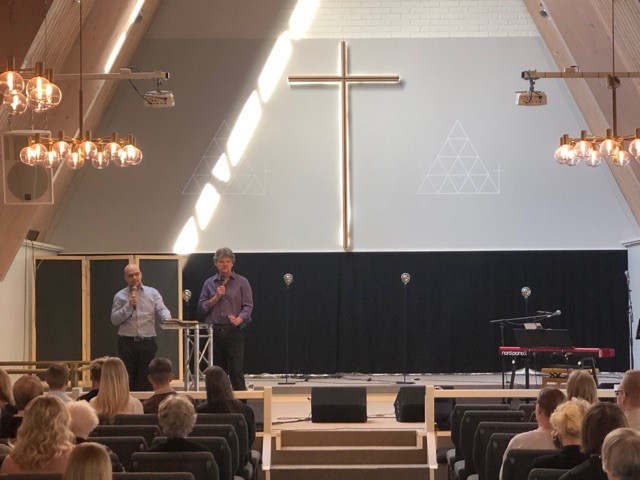 Giving the Sunday morning message at a church in Joensuu. The senior pastor, Matti, did the transation. Matti gave me permission to break up his congregation into small groups to share and pray for each other. Right when I gave the congregation instructions to break up, a man stood up and started screaming (My guess is that Satan prefers isolated Christians). We saw spiritual warfare often in the trip. Later, the following week another meeting was interrupted when a man started talking loudly and had to be escorted out. 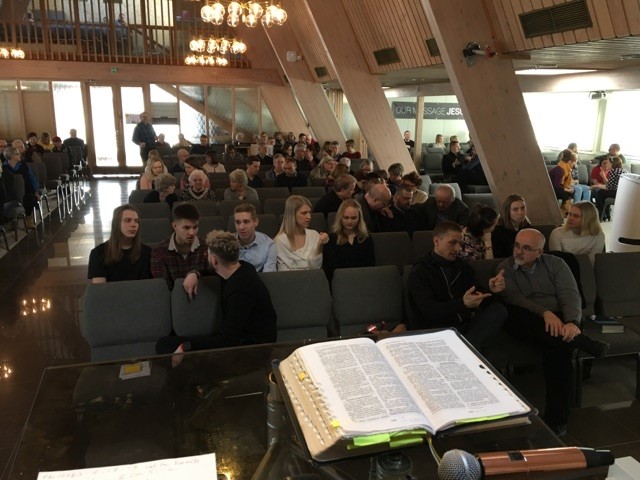 The church in Joensuu, during the time of sharing and prayer. I love watching God’s people pray for each other. 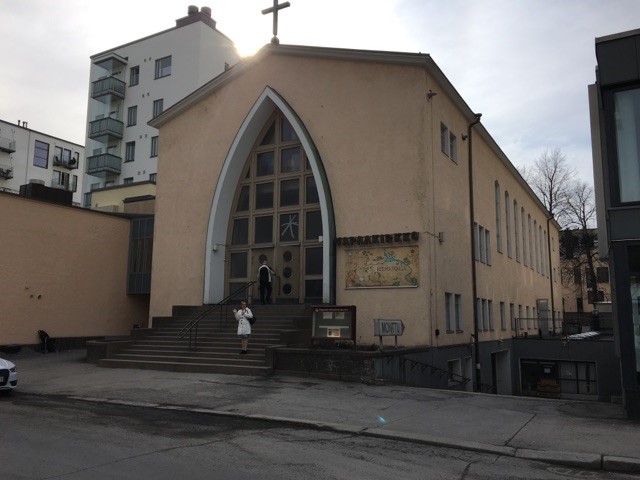 The church in Tempere where I spoke the second week. There were three sex shops nearby; I heard frequently that they appreciated how I spoke openly and directly about sexual topics. 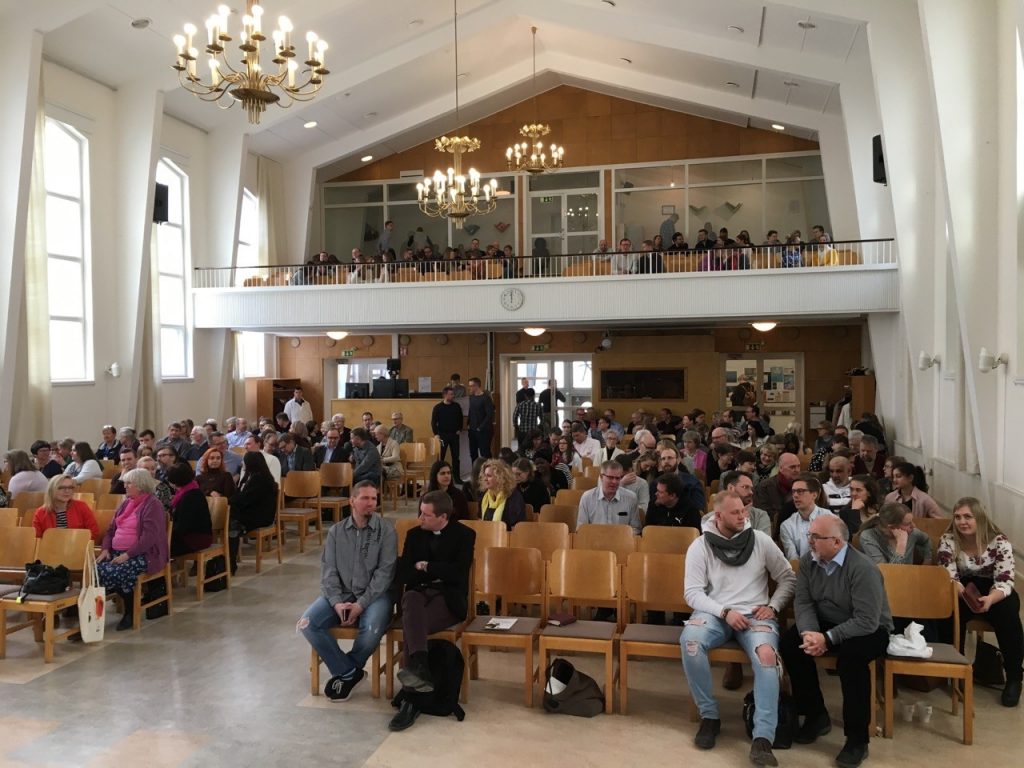 The senior pastor at the church in Tempere also gave me permission to break his church up into small groups to share and pray after the message, which is shown in the picture above. After the service, the pastor said “This is great – we need to do this more often!” Exactly. I’m a big believer that our churches are not supposed to be filled with isolated Christians.

In all there were seven speaking events in 10 days, including youth nights in the two cities. I heard painful stories of people who had been wounded, and received feedback that men and women experienced breakthroughs in their lives.

If you’d like me to speak at your church or ministry, or if you’d like to organize a speaking tour in your area, please reply to this email. This goes for the U.S. and other countries.