For Those Who are Choked 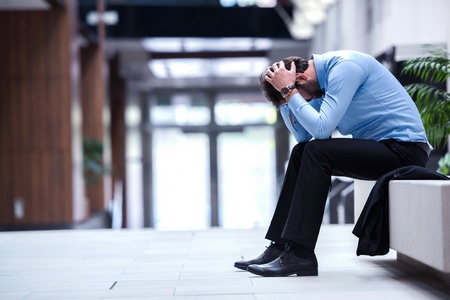 Jesus said to him, “A man was giving a big dinner, and he invited many; and at the dinner hour he sent his slave to say to those who had been invited, ‘Come; for everything is ready now.’ But they all alike began to make excuses. The first one said to him, ‘I have bought a piece of land and I need to go out and look at it; please consider me excused.’ Another one said, ‘I have bought five yoke of oxen, and I am going to try them out; please consider me excused.’ Another one said, ‘I have married a wife, and for that reason I cannot come.’ And the slave came back and reported this to his master. Then the head of the household became angry and said to his slave, ‘Go out at once into the streets and lanes of the city and bring in here the poor and crippled and blind and lame…  For I tell you, none of those men who were invited shall taste of my dinner.”
Luke 14:16-21, 24

The technology of our day has brought about advances in productivity, communication, and travel, and created opportunities like never before. We do more in less time, which is a good thing. No one wants to go back to the old days of carrying a bucket to the lake for water, washing clothes by hand, or getting a tooth pulled without a shot for pain.

These advances also bring a unique set of challenges; we can get so wrapped up in it all that our God-given priorities get sidelined.

Most of the people I’ve worked with over the years aren’t living their priorities. Many guys come to us thinking if we can give them a few tips on how to overcome sexual sin they’ll be good to go. Eventually they realize they need more than a few tweaks; a complete overhaul is required. While they may quote the church’s expected order of priorities: “God, my spouse, kids, then the rest” their life doesn’t reflect it.

Such a man’s relationship with God is stunted, choked, and hurried. They “read their Bible and pray” but don’t connect with Him. Sitting in silence makes them squirm… “Let’s see, I’ll read Ephesians today… oops, a text just came in, gotta reply. Now where was I?”

Jesus’s was furious with those who were too busy to dine with Him in Luke 14. None of the tasks the three gave for not spending time with Him were sinful; God values marriage and we’re commanded to provide for our families. But, they allowed those things to become bigger and more important than their relationship with the Lord, with horrific consequences: there would be no second chances for them to spend time with Him.

The seed which fell among the thorns, these are the ones who have heard, and as they go on their way they are choked with worries and riches and pleasures of this life, and bring no fruit to maturity.
Luke 8:14

Of course, none of this could apply to ministry or doing good works for God, could it?

“Not everyone who says to Me, ‘Lord, Lord,’ will enter the kingdom of heaven, but he who does the will of My Father who is in heaven will enter.  Many will say to Me on that day, ‘Lord, Lord, did we not prophesy in Your name, and in Your name cast out demons, and in Your name perform many miracles?’  And then I will declare to them, ‘I never knew you; depart from Me, you who practice lawlessness.’
Matthew 7:21-23

Many keep themselves running 500 miles an hour because they don’t want to face their heart. They know if they slow down they’ll have to face who they really are. Emotions that have been long buried will bubble to the surface, such as anger, fear, pain, and that lingering emptiness. They don’t want to go there so the answer is to hit the accelerator and stay busy… which keeps them distant from God, their spouse, and others.

Are many of us playing games with God? This is often why modern “Christians” bare little resemblance to those defined in Scripture. The cares of the world choke the spiritual life out of us, as described by Jesus in the parable of the seed and the soil. They are the walking dead … dead to the things of God.
Quoted by Pastor Shane Idleman

The church can contribute to the problem of over-busyness. We’re told that good Christians are supposed to evangelize, disciple, feed the poor, love others, change the world, get involved in politics, be good spouses and parents, take care of our families, get involved with ministry, and be a good servant, so they jump on the merry go around and do all this stuff.

God doesn’t need you in ministry; He wants you. For some, He might be saying “Stop! Get out ministry! Slow down, sideline the things that are choking you, and come to Me. I want to know you. Later, when our relationship is in a better place, I will send you out again… My way and in My time.”

Our actions expose our priorities. Several years ago, a friend of mine led a support group. While God was ministering through him, his marriage was floundering. He went against the grain and resigned from the leadership position so he could focus on restoring his relationship with his wife; all involvement with ministry was cut off so he could live out His God-given priorities of the Lord first and His wife second.

Today their marriage in is a great place.

A couple years ago I was serving on the board of another ministry and had too much going on. I resigned from the board and made other changes so I would be able to live my priorities and focus on what I knew God was calling me to do.

“Burning out for God” is a stupid thing to do. I’ve been there and it’s a horrible place to be, unless you like going to the Doc and having him prescribe a cocktail of psych meds because your nervous system is fried.

Take a hard look at your priorities. If God comes first, what should that look like in how you spend your time? Do you experience His Presence, or are you faking it? Ask your spouse if you’re treating them like the biggest priority in your life, second only to God. If their answer is no, you may need to make some cuts, changes, and adjustments.

Like my friend above who resigned from the support group to work on his marriage, you may need to disappoint some people. Don’t let that deter you. When the day comes that you stand before God to give an account of your life, they won’t be standing next to you. You don’t want to hear the Lord say “I never knew you…”

Delight yourself in the Lord, and He will give you the desires of your heart.
Psalms 37:7

7 responses to “For Those Who are Choked”