For Those Who Are Under Grace 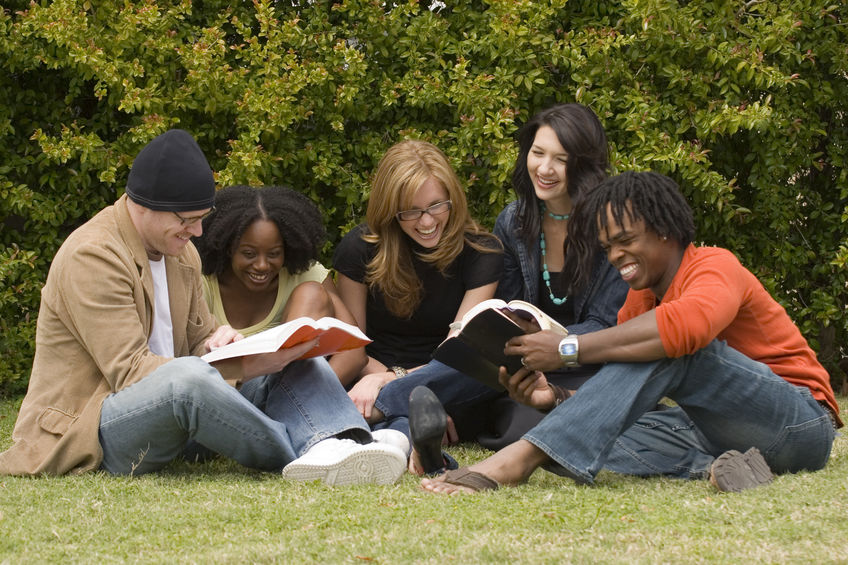 Dietrich Bonhoeffer was a theologian, pastor, and founder of the Confessing Church in Germany during World War 2 when the Nazis were in power. He is known for his classic book The Cost of Discipleship and his outspoken resistance to the Nazi regime. Bonhoeffer’s family was blessed with heavy duty brainpower. Dietrich’s father, Karl, was a neurologlist and psychiatrist. Karl-Friedrich Bonhoeffer, Dietrich’s brother, was an internationally known chemical physicist who was nominated 5 times for the Nobel prize in physics.

Every day I am getting to know people, at any rate their circumstances, and sometimes one is able to see through their stories into themselves – and at the same time one thing continues to impress me: here I meet people as they are, far from the masquerade of “the Christian world”; people with passions, criminal types, small people with small aims, small wages and small sins – all in all they are people who feel homeless in both senses, and who begin to thaw when one speaks to them with kindness – real people. I can only say that I have gained the impression that it is just these people who are much more under grace than under wrath, and that it is the Christian world which is more under wrath that grace.

This is a startling statement for a man who was at the top of his class in theology, especially when you realize he would be lumping many of his classmates and professors in with “the Christian world.”

He also told this parable to some who trusted in themselves that they were righteous, and treated others with contempt: “Two men went up into the temple to pray, one a Pharisee and the other a tax collector. The Pharisee, standing by himself, prayed thus: ‘God, I thank you that I am not like other men, extortioners, unjust, adulterers, or even like this tax collector. I fast twice a week; I give tithes of all that I get.’ But the tax collector, standing far off, would not even lift up his eyes to heaven, but beat his breast, saying, ‘God, be merciful to me, a sinner!’ I tell you, this man went down to his house justified, rather than the other. For everyone who exalts himself will be humbled, but the one who humbles himself will be exalted.”
Luke 18:9-14

“Truly, I say to you, the tax collectors and the prostitutes go into the kingdom of God before you.
Matthew 21:31

What I love about all of you who have shared your sorrow, pain, and failure with us is that most of you aren’t participating in the Parade of the Masquerade. People who are in pain or bondage to sin either put on a bigger mask or they discard it. You who have reached out for help and shared your brokenness know that putting on an act is worthless.

I have to confess that when I’m working with someone and they go into head-mode, boasting about their doctrine or the verses they know that I’m prone to rolling my eyes inwardly. We do a great job at teaching the Bible. Living it, which includes confessing our sins and weaknesses to others and refusing to fake it? That’s something else.

As Bonhoeffer wrote, I know that some of you feel homeless; like an outcast. Some of you have endured spiritual abuse when you tried to get help. Some are in such torment that you’ve doubted your salvation. Yet, as Bonhoeffer said, you may be “more under grace” than much of the Christian world. Why?

The sacrifices of God are a broken spirit;
a broken and contrite heart, O God, you will not despise.
Psalms 51:17

I have often believed that the sweet spot of God’s heart is for those who are in pain. He came to set captives free, bind up the brokenhearted, proclaim liberty to captives. That is for you. You are not alone. You are not rejected, nor are you abandoned. Your identity is a son or daughters of the living God. You are meant to be equipped to be a spiritual warrior. Never define yourself by your sin or failures, or allow others to do so.

I love hanging around broken people. Thank you for sharing your stories with us and allowing us to have a part in your life.

But he said to me, “My grace is sufficient for you, for my power is made perfect in weakness.” Therefore I will boast all the more gladly of my weaknesses, so that the power of Christ may rest upon me.  For the sake of Christ, then, I am content with weaknesses, insults, hardships, persecutions, and calamities. For when I am weak, then I am strong.
2 Corinthians 12:9-10