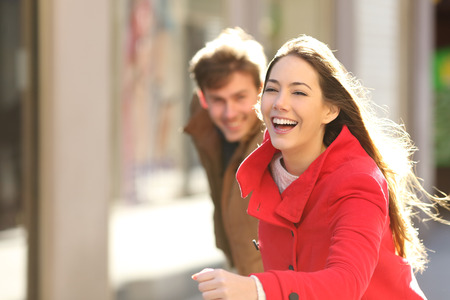 We hear this story often from wives. “Why isn’t he chasing me anymore? I want to know he wants me.” Many share that they haven’t had sex in months, even years.

But chasing his wife isn’t just about their sex life. Romance, caring, and expressions of love are missing in action. Sex is the gage that reveals how they’re doing in keeping love alive. A marriage that hasn’t enjoyed sex in a year or more is on life support; the couple is little more than roommates.

I’ve heard of men who’ve told their wives “I’m too busy for our relationship right now; I need to spend too much time with my recovery groups, and counseling.” Your marriage is where you work your recovery out; it’s the proof of how you’re really doing. Going to a support group with your buddies and getting high fives because you didn’t act out for 60 days doesn’t test your character like coming home to a hurting wife, caring for her, and being patient with her—especially when she’s angry with you for how you’ve hurt her. If you’re treating your wife like a doormat or ignoring her, your priorities and character are distorted.

When I’m distant from my wife or we’re not getting along, nothing brings me joy. I think God wired couples to be disturbed and unsettled when their one-flesh bond isn’t right to pull them toward restoration and love. You could have five years of abstinence, but if your marriage is on the rocks you’d still be miserable.

So let’s move forward with some changes.

Ask her to rate your marriage on a scale of 1 to 10, 10 being best. While every marriage will hit speed bumps, do what you can to maintain an eight. Anything less than a five means you have significant work to do.

What has she been telling you she wants you to do to feel loved? Often a wife has been telling her husband for a long time what she wants from him. Write down what she’s been asking you to do for her, and then go at it consistently. This could mean expressions of love like writing notes, asking her out on a date, making a meal for her, taking care of the kids or helping out around the house.

When is the last time you lavished her with love by taking her out on a date to a nice restaurant or event? (McDonalds ain’t cutting it). Married couples should date at least once a month; twice is better. If your marriage is on life support you should date once a week. You don’t need to do something expensive every time; years ago when Michelle and I had some rebuilding work to do we met at the Café at our church for lunch once a week, where the prices were low. You could meet for coffee, a meal, or go for a walk. The point is to get away with your spouse on a consistent basis so you can have time for heart to heart talk.

When is the last time you took your spouse somewhere nice for a weekend alone? If it’s been a long time, plan a weekend away with her.

If your marriage has been barren, don’t expect her heart to go from cold to warm overnight. Chasing your wife must be something you do for the rest of your time on this earth; it’s your new way of life. She may be guarded at first, even angry. No matter what her disposition, keep going after her. Giving up will send her the message that you don’t love or value her enough to do what it takes to rebuild your marriage. (You might also remember that at some of her hurt has to do with the walls you’ve erected and how you’ve hurt her).

As her heart warms, initiate sex. You might feel ashamed or fearful of rejection asking for physical intimacy because of where you’ve been with lust. While that’s a natural response, remember that having sex with your wife is a key part of your recovery process. You need to replace the counterfeit of lust with the only real thing that will ever satisfy, which is sex with your bride.

Wives, if your husband asks you what you’d like him to do that would make you feel loved, don’t do that “If you loved me you would know” thing. He’s been in the lust fog and will need some help finding his way out. Help him to love you by expressing what you want, even if you’ve said it before. It’s going to take him some time to make these changes and he may fumble around until he figures it out.

This process may not be easy for either side. When you’re used to being distant from each other, drawing near can feel awkward or intimidating. You’re both going to take some risks to rebuild your relationship. Keep the communication channels open and be patient with each other. Sometimes all it takes is for one side to respond to the other in love to melt the heart of their spouse and release tension in the relationship. You’re both broken and in need of grace.