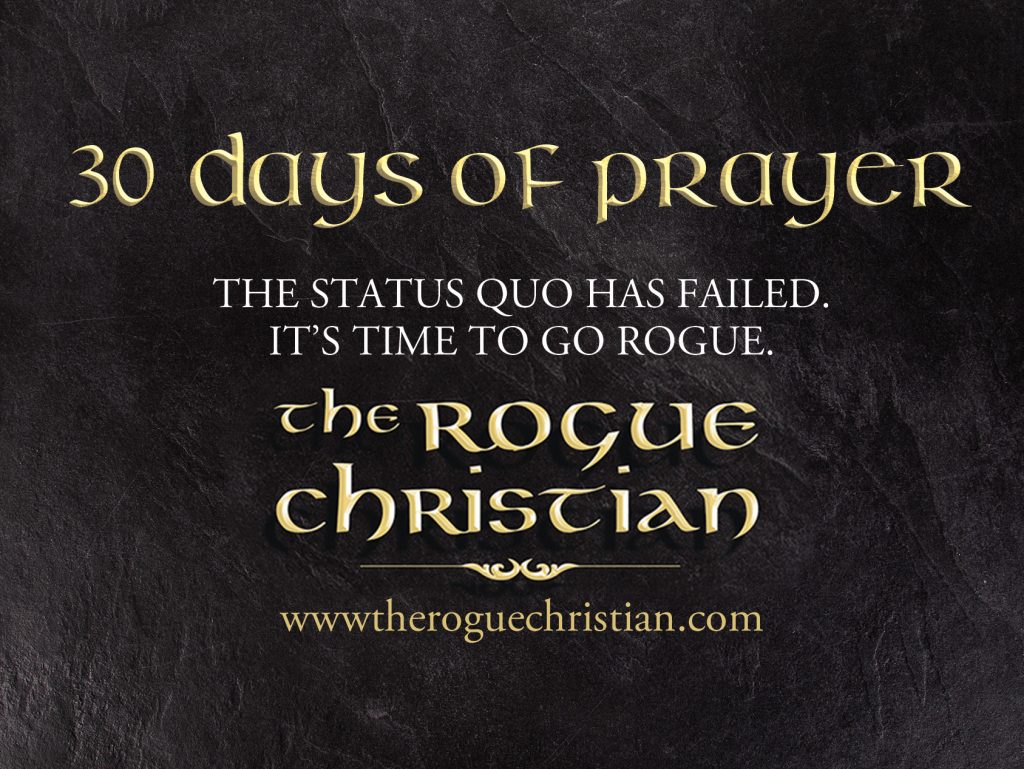 The Next Video Series

We’ve been asked if we’re going to do another video series now that 30 Day of Prayer is complete. I’m praying about starting another series that would be 40 Days of Going Rogue. Look for an announcement on this shortly. In the meantime, I encourage you to share 30 Days of Prayer with others.

When a Church at War Doesn’t Show up to Fight

Halloween is the second most powerful date on the Satanic calendar. Children and animals are abused and sacrificed in ritual ceremonies, and spells are cast in line with the Devil’s mission to “steal, kill and destroy.” (April 30, the date of the black mass, is their big holiday that involves kidnapping, abuse, sex rituals, blood rituals, chanting, and human sacrifice.)

On October 23, The Sun published the following:

Thousands of witches are plotting to cast a “binding spell” on Donald Trump on Halloween, so that he loses the US election. The mystic women believe that the two full moons this month have given them extra magical powers to kick Trump out of the White House.

When I read articles like this, it’s clear that the occult has gone mainstream. You also have to consider what this means when Satan doesn’t want Trump in office.

But what grieves me is that most of our churches are pretending like there isn’t a fierce spiritual battle raging all around us. The prayer meeting is MIA or barely surviving in most churches. So on Halloween, they respond with “Harvest Events” where they hand out candy. This is why Status Quo Christianity has failed; we’re not even showing up to the fight.

…Will be held on Saturday, February 20 in Jamesport, Missouri. This will be a time of healing, equipping, and prayer, with a challenge for you to go Rogue and step into your God-given role as an overcomer and a spiritual warrior. I’ll be providing more information on this event this week.

I’m scheduled to be interviewed on The Rogue Christian on these radio shows:

With Blazing Grace Radio, which is now airing in Arizona and available on Itunes, Spotify and Google Play, what it costs to promote our posts on social media (such as the 30 Days Videos), a trade show commitment in Europe we just made, and other expenses we’ve made more than $15,000.00 of new commitments. If you want to partner up with us financially, see the donation page.