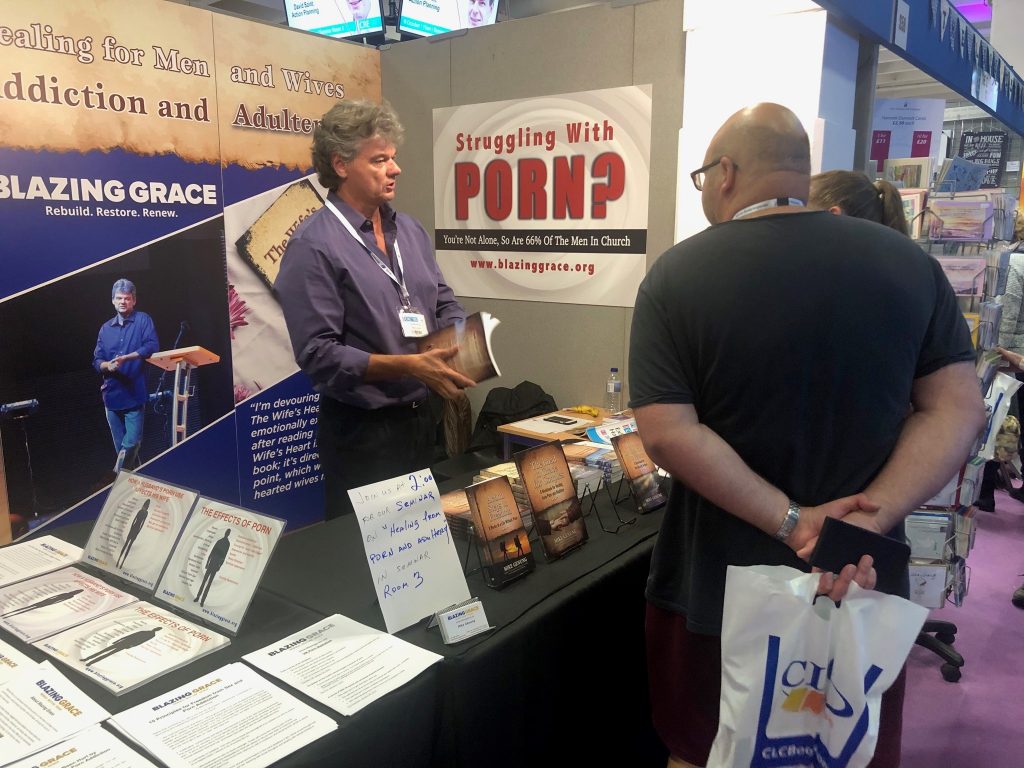 Then we go to Finland to meet with our ministry partners. October 22-24 I’m leading a men’s retreat in Italy. More events and visits may be added.

These conferences and shows often open doors to more ministry opportunities. The conference in North Wales came about from a show we did in the Midlands last year. There is also plenty of spiritual warfare. At the first day of the first show we did in the UK in 2019, no one was coming to our booth. In fact, they were avoiding us. I found the show’s prayer team, and after we prayed the dam broke and we got busy.

Those who need to come to these events. Most if not all will encounter warfare and resistance from the enemy, just as we saw at the show in 2019. When I speak I’ll sometimes ask the audience to raise their hands if they’ve encountered warfare before coming and most raise their hands. Your prayers will make a big difference for the sexually broken.

Our ministry partners: for open doors as they promote the events, and protection for them.

Myself and Bekah. I’m going through some health issues at present and could use prayer in that area, plus the spiritual battles we may encounter.

We’ll be in the UK and Europe the month of October and will have more than $15,000.00 in expenses by the time the exhibition costs, the books we’ll give away, and travel expenses are added up. If you’d like to help us out financially, see the donation page. Blazing Grace is a non-profit 501c3.