In preparation for next month’s trip to the UK and Europe, last week I went alone to the desert for two nights to seek God’s face (more on the UK/Europe in a moment). During these solitary excursions to the wilderness, I don’t do any planning. The time is spent in silence, worship, a lot of prayer, in His word, and resting with Him. This is how Jesus prepared for ministry; from experience I know it’s critical that I align my heart with His during this time.

Last Monday morning I took a walk in the desert near Oro Valley, Arizona. I prayed as I walked, head down… until I looked up and saw I was six feet away from a rattlesnake. Two more steps and I would have been in his face. I was wearing shorts and alone out there so it wouldn’t have been my best day if I kept going.

The snake pivoted his head in my direction. I slowly backed up, then took this shot: 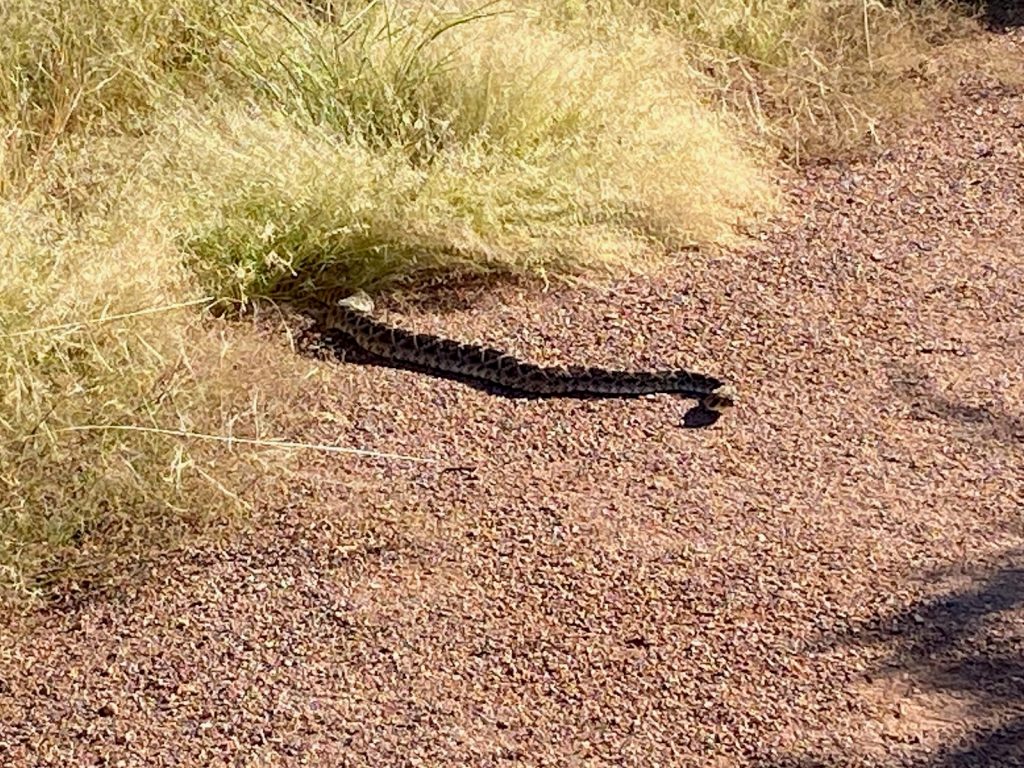 The rattler started to slither across the road, and I turned around. Several minutes later I reversed course, thinking it had probably crossed to the other side, wanted nothing to do with me, and I’d be okay continuing on. As I approached the area where I’d encountered the first snake, a second, smaller rattlesnake was making its way across. I was done with that path, retreated, turned a way up the road, and ended up in an arroyo: 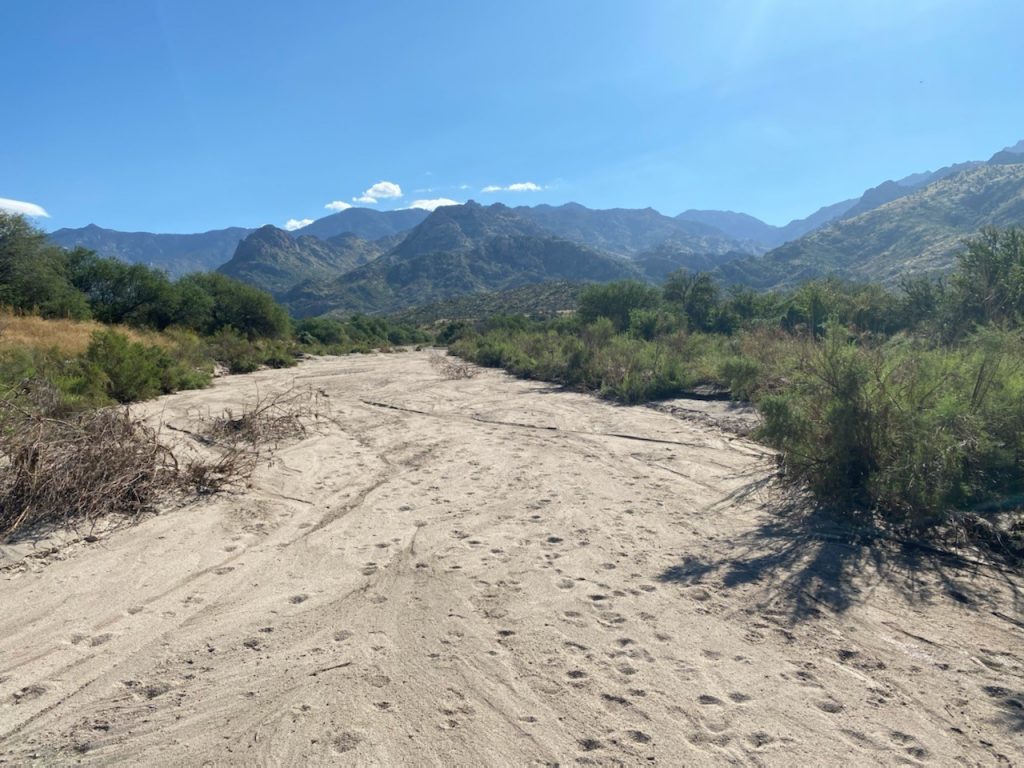 I resumed my prayer walk, pondering what it might have been like for Jesus to wander in the desert for 40 days. He had nothing; no people, food, phones, or tent. Just 40 days of pure silence and communion with the Father, with an intense spiritual battle thrown in.

A while later I came to this tree, and rested in its shade:

Later it hit me that He’d blocked my way when I encountered the rattlesnakes to put me on the path that lead me to the wide open spaces that would ultimately lead to His resting place in the desert.

We’ve all had moments when God said “don’t go there,” yet we charged forward because we thought we knew what was best, then got snakebit. I have plenty of scars from attempting to live life my way that remind me to slow down, listen, and follow His leading, even when everything inside of me is screaming “No, I want my way!”

Yet He still leads us to the wide-open spaces and oasis of rest He’d prepared for us before. Grace. God doesn’t force His way on anyone; He quietly, patiently, waits for us to stop, rest, and walk with Him.

This is the way of the Rogue Christian.

Been to the desert lately?

The UK and Europe Trip

Bekah and I are leaving this Sunday for the UK; we return November 1. Spiritual warfare has been intense in the weeks leading up to this trip with my family and our team members getting hit with strife and other problems.

Your ongoing prayers for these events are appreciated and needed. Please pray that God would draw those who need to come as they will more than likely face resistance from the enemy, God’s power at every stop, and that we would be able to go from country to country without being hindered. We’re visiting five countries; each has its own rules to and requirements to get through Customs.  More events have been added since I last wrote. Here’s the current schedule:

We’re a bit short of the more than $15,000.00 in costs for the above. If you’d like to support us financially Blazing Grace is a 501c3 non-profit organization. See the donate page for more information.

We’re printing $2000.00 of books with the intent of giving most of them away. When I go on these trips my intent is to pour out with His passion and wisdom.