How are you doing?

Here are snapshots of what’s been going on lately and events you can get involved in.

The first The Rogue Christian Conference was a blessing

Around 50 people showed up in Jamesport, MO last month. We spent time sharing and praying with each other. During a time of silence and waiting on God, people were encountering Him to the point of tears. There were challenges to live a life that counts for eternity and equipping on how to live it out. We finished the afternoon with everyone on their knees in prayer. One woman told me she felt like “she’d been reprogrammed on how to do church,” in the Rogue Conference meaning that community, equipping and prayer are supposed to be a part of our church experience.

We began The Rogue Church, our online Zoom prayer community several weeks ago. 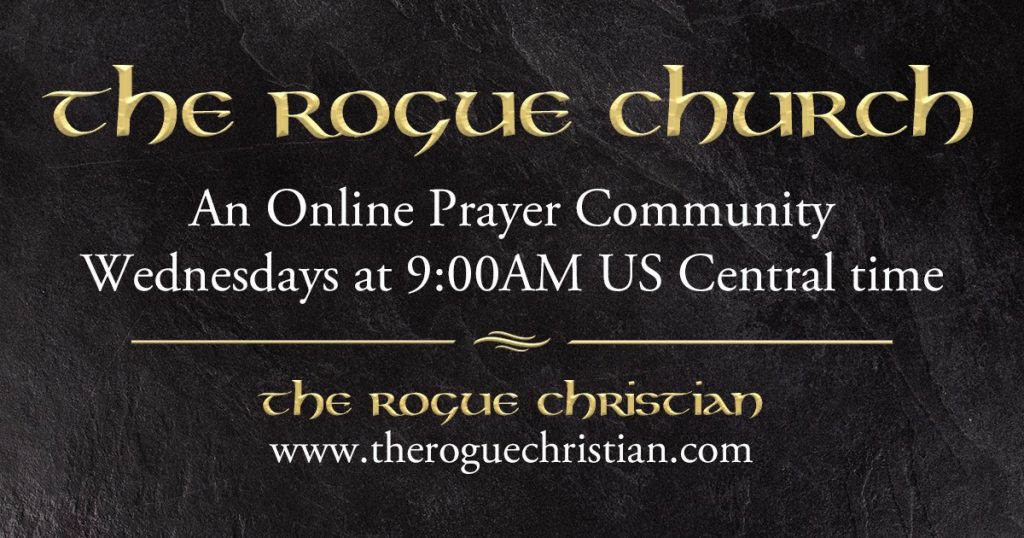 So far we’ve had participants from the US, Canada, the UK, Germany, and Africa. Join us Wednesday mornings at 9:00AM CT for a like-minded international community of other believers who want to connect and pray. Please contact us if you want to participate.

We’ve begun a campaign to send out free copies of The Rogue Christian to pastors in Arizona.

In the dark times we find ourselves in, the Rogue message needs to get out. Our churches must become houses of prayer that equip their people for the battles they’re facing. If you might be interested in doing a similar campaign and mailing copies of The Rogue Christian to churches in your area, we’d be willing to send you free copies of the book. Contact us if you’re interested in doing a similar campaign in your area.

What happens when God’s people pray.

2 weeks ago I posted this prayer request on our Facebook page:

We could use prayer. We’ve been seeing increasing warfare recently…. I (Mike) haven’t had a good night’s sleep in a month, waking up between 1-3AM often. Our team has been getting hit other ways; we’ve always received nasty emails but lately it’s been taken to another level. Simultaneously, we seem to be getting surge of people reaching out for help. At the beginning of this year I felt like God was saying that prayer will be critical in 2021. Thank you for standing with us in prayer.

The response caught me off guard, with 1300 people responding in one way or another. Many showed support and said they were praying. We also had quite a few posting and trashing prayer and Christianity in general to the point we had to ban a few. This goes back to what I’ve been saying of how powerful prayer is; the enemy is quite content to keep us listening to sermons but goes on the attack once we hit our knees.

When I asked a recent guest from Italy (Dan Wiens) on Blazing Grace Radio why he thought churches don’t face their sexual sin, this was his reply:

“I think church leadership is naïve. At the same time, they have their head stuck in the sand, and don’t want to see the issues their congregation are struggling with. I’ve had people make blanket statements saying, “In my church, no one struggles with porn, that’s not a problem here.” And I thought, “Wow, well, how can you know?” Maybe they themselves are struggling with it so they don’t want to deal with it. Or maybe it’s too embarrassing for them. Italy is very much a shame culture, more than the US. Here you always need to look good in front of others, all the time. The appearance, that everything is fine, is very important in Italian culture in many different ways. That has even influenced the church.”