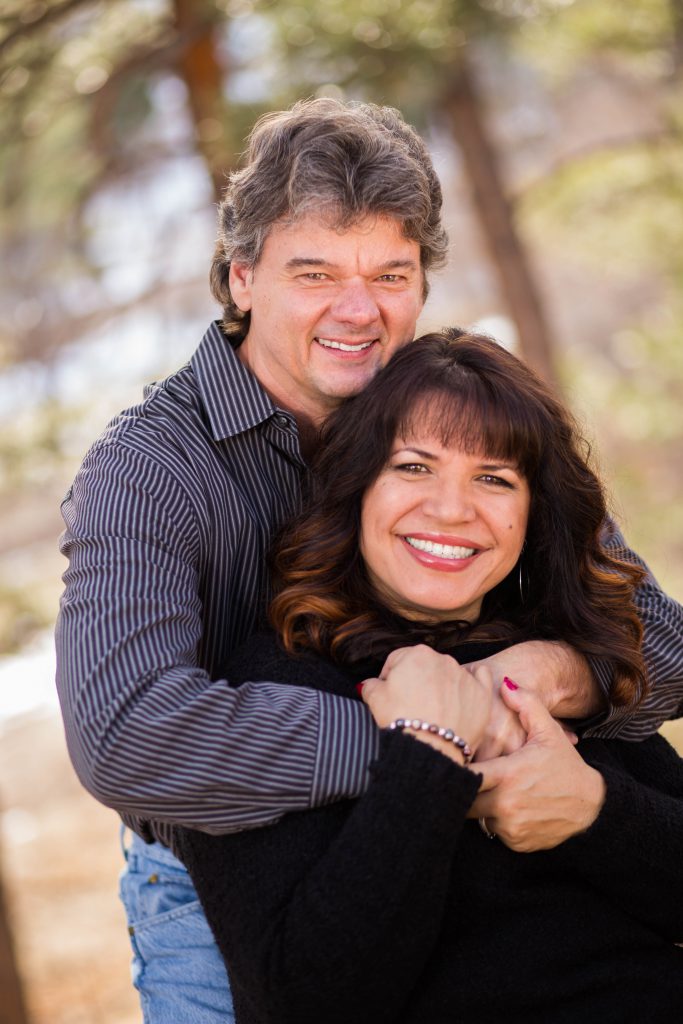 Michelle and I celebrated 27 years of marriage last week. It was a great day: the two of us away from home, dinner at Bubba Gump’s in downtown Denver, an evening at a nice hotel.

God has done an amazing work in our relationship over the years. We made it through the pit of hell caused by my sexual sin in the 1990s, rebuilt our marriage, healed, and continue to grow together. Our relationship gets better every day.

I get asked, often from wives, if there’s hope for their marriage… if their husband can live free from sexual sin, if they can trust again, can they heal. The answer is a resounding yes, if both sides are willing to make the investment of time and energy needed to heal and make significant, lifelong changes. This isn’t a process you can dabble in and expect results; you have to jump in all the way and be willing to go the distance. It’s a miserably hard road, yet there are wonderful benefits for those who persevere. I’m not the same person I was at the beginning of our journey, and neither is Michelle, for the better. We’re both stronger, more patient with each other, quicker to forgive, and less likely to have disagreements blow up like they did before. Your relationships with each other and the Lord will transform; your perspective on life, Christianity, and marriage will be radically altered.

Here are ten words that describe the journey Michelle and I walked:

Action
I jumped headlong into multiple meetings a week, phone calls up the wazoo with my accountability partner, counseling, the works. Michelle went to support groups for wives, and we got marital counseling to help us work through the tough issues. We also got involved with a couples group at our church where we could receive additional support. Inaction on either side would have been dangerous to our marriage.

Endurance
There were many tough, dark days in the first several years. Our relationship was marked by crying, anger, frustration, confusion, and at times, despair. There were moments when we felt like we were barely treading water. Some days the only thing we could do was keep going; we did, and it paid off in the end.

On Michelle’s side, I had broken her heart. Traumatic injuries require years for healing; trust takes a long time to rebuild. We both had a long path ahead of us; expecting instant results would have been foolish.

Clarity
Patience on Michelle’s part didn’t mean she would tolerate me if I continued to hurt her. Our marriage counselor asked her what she would do if I continued to act out: she responded by saying she would leave me. I understood clearly that my marriage was at stake and couldn’t play games with lust.

Honesty
In the early years, I asked a friend if I should tell Michelle about my sin. His response was: “You have to tell her or there will never be true intimacy in your marriage again; what you did will always between the two of you.”

He was right. Rebuilding trust in our relationship would have been impossible without ongoing, rigorous honesty on my part; all of the lying and hiding had to go.

Build
Our former marriage was gone, razed to the ground by my sin. We had to rebuild our relationship, one brick of trust, love, patience, endurance, healing, communication, and forgiveness at a time. Looking back, what we lost and who I was at the time pales in comparison to our relationship of today.

Forgive
Years after I’d broken free from lust, I realized I’d never heard Michelle say she’d forgiven me. I asked her if she had, and she wrote a letter of forgiveness to me, which she read aloud one night. We were both in tears; it was one of the most precious nights of our marriage, one I’ll never forget.

Communicate
Communication is vital in marriage. If we’d have refused to talk out and work through the tough issues, we couldn’t have healed.

Love
I had to learn to love my wife. Lust had thoroughly corrupted my character with shame, fear, self and sex absorption, bitterness, emptiness, blindness, and pride. It’s been a long process for me to unwind all that junk and learn to love her like God wants me to. Michelle has had her own process to walk through; in the early years when we were first getting help she told me she had me on a pedestal. Seeing me as I was, a deeply flawed, broken man, and then loving me anyway, took time and work.

Priorities
When Michelle and I had dinner while celebrating our anniversary last week, I told her she was first in my life, second only to God. It took me a long time to get this and live it out to where she knew I meant it. Getting my priorities right was a critical piece of building our relationship; nothing is more important than my wife, including ministry, other relationships, or hobbies. Michelle is an amazing gift from God, and I want to treat her that way.

If I had to rate our marriage today, on a scale of 1 to 10, ten being best, I’d say it was close to a nine. I believe Michelle would say the same as she’s rated it that high before. No marriage is perfect and we’re always learning and growing, but progress, healing, and a new relationship are possible.

I know some of you have hurting marriages. I’d encourage you to check out the information on the new couples workbook, which will be out later this month.

3 responses to “Ten Words of Hope”