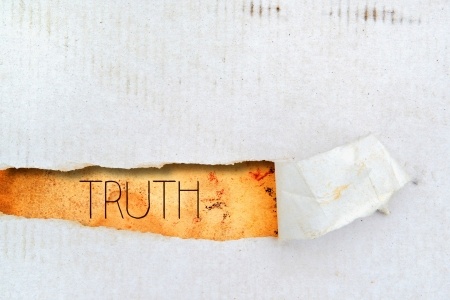 He dare not tell his wife about his secret, so hiding, lying, and deceit become his way of life. He neither sees nor understands the depths to which the lies are corrupting his character. Deception creeps into every part of his life; work, family and friends.

Lying is always packaged with sexual sin. Most men are oblivious to the fact that deceit can be as damaging to their marriage as sexual sin. Some wives say they were just as hurt and angry that their husband lied to them for years as what they did. How can this be? Trust is the cornerstone of a relationship. Once trust is destroyed, the relationship goes with it. If your wife can’t trust you to care for her, be faithful, reliable, or honest, the relationship crumbles. Security and safety is a big deal to women; they won’t give themselves to a man they can’t trust.

Your first priority to heal your marriage is to stop the sexual sin; the second is to eliminate all lying, hiding, and blame-shifting.

Lust sedates a man spiritually; there’s a disconnect when it comes to consequences. “It’s just pictures… I’m just acting out once every two or three months… Hey, I’m going to a group…” For the married man, every act of sexual sin is adultery against his wife and God. I’ve talked to a lot of guys over the years who have no idea what they’ve done to themselves and are blind to how they’ve wounded their spouse.

The only way to break through the fog is to make continuous, rigorous honesty a way of life… starting with your wife.

While lying feeds and shelters lust, honesty disrupts it. Consistently bringing the truth to the light opens doors to restoration and healing. It also begins the process of rebuilding trust in the marriage, one honest response at a time.

Honesty with our weaknesses requires humility and courage; you will be driving a stake through your pride, and it doesn’t go down easily. The good news is that God promises grace to the humble; living with a clear conscience is a freeing and fantastic way to live, compared to the misery that comes with being weighed down with secret sin.

How blessed is he whose transgression is forgiven, Whose sin is covered! How blessed is the man to whom the Lord does not impute iniquity, And in whose spirit there is no deceit!

When I kept silent about my sin, my body wasted away Through my groaning all day long. For day and night Your hand was heavy upon me; My vitality was drained away as with the fever heat of summer. Psalms 32:1-4

So there’s one of two ways this could end up.

Lying, raging, and deflecting, will show your wife she can’t trust you; instead of setting out on the road to healing with her, you’ll set yourself against her. You won’t have a shot at rebuilding trust or restoring your marriage.

I don’t want to give you the idea that taking the first road will be easy. By God’s grace I came to my wife and told her that I’d been unfaithful to her, but it still was one of the worst days of my life when I saw how deeply I’d wounded her. We had to endure a long and painful recovery. There were many times when she’d burst into tears at a moment’s notice because of what I’d done to her. But, honesty put us on the road to recovery much quicker than it would have if I’d have kept my sin hidden. Without upfront disclosure, I would have continued to binge on porn, risk that I would have been unfaithful again, and I would have continued to carry the draining load of my sin. I would have accumulated more pain that my wife would have had to deal with at a later time, or worse, I might have done so much damage that she might have wanted out.

Honesty is the only entrance to the road to recovery and healing.