Sunday July 31, Bekah and I left in the morning to drive to Las Vegas. The morning began for me with a 3:00AM dose of warfare. There would more of those as the month progressed.

About 20 miles outside of Las Vegas, we ran into a thunderstorm. The rain and fog were so thick that the way forward was murky. I couldn’t help but think that driving through a furious storm was appropriate for where we were headed. 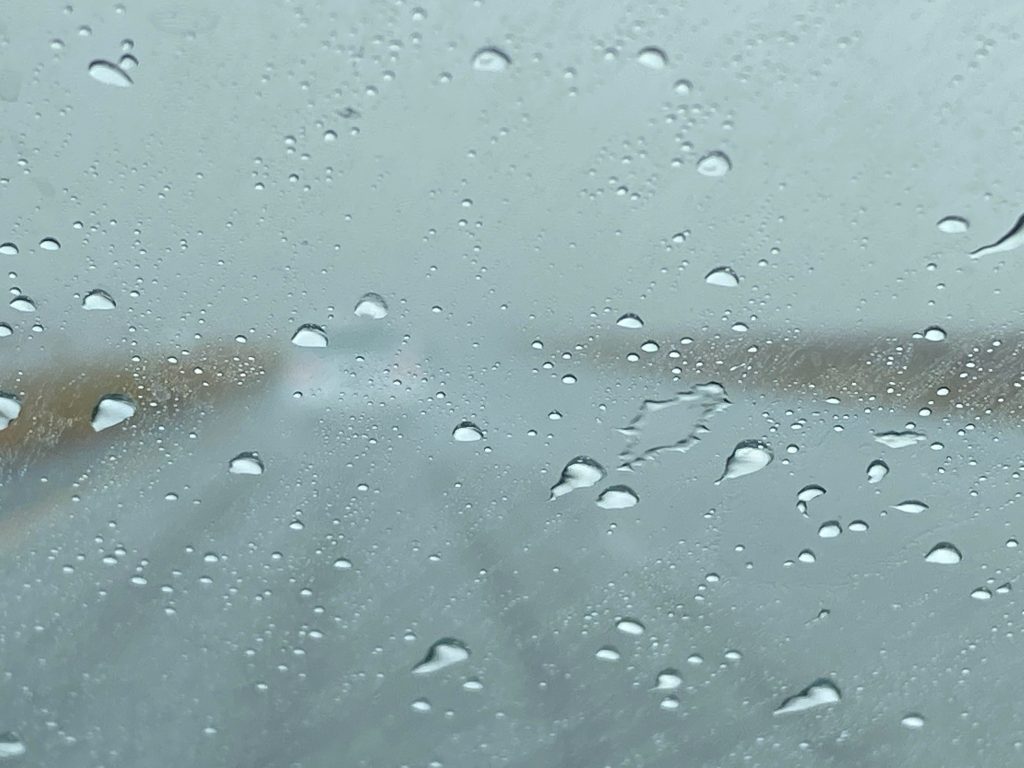 Monday through Saturday I was scheduled to broadcast live one hour radio shows at KKVV at 3:00PM, then Sunday’s show was at 10:00AM. Every day the same scenario played out: between 9 and 11 in the morning the warfare would begin and intensify until 3:00PM. The warfare was a combination of crazy thoughts, physical pressure, and a sense of anxiety, (I wasn’t nervous about anything), all of which had a draining effect. By 3:00PM I would be running on fumes, then God would come through with a burst of Holy Spirit-power that provided all the energy I needed.

Tuesday night, the Lord showed me that we were plowing on hard soil. So I began Wednesday’s show by sharing what God said and read Hosea 10:12:

Sow for yourselves righteousness; reap steadfast love;
break up your fallow ground, for it is the time to seek the Lord,
that he may come and rain righteousness upon you.

It hit me that plowing hard soil isn’t for Las Vegas only, but for the church everywhere.

On Thursday I interviewed Sandy England on recovery issues for wives. Sandy got hit all day with warfare as intense as what I had been going through.

Friday I interviewed Tim Peterson on recovery issues for men, then Saturday’s show was with Greg Reid, a former private investigator in occult crimes who has also been in youth ministry for decades. The first half of Sunday’s show was about the need for the church to hit its knees in fervent prayer; I interviewed Rebekah and a young woman named Sunny on youth issues the second half, including asking them why so many youth are walking away from the church today.

KKVV videoed the broadcasts; you can watch them here – https://www.kkvv.com/blazing-grace

Greg Reid and Jan Villarubia experience a lot of spiritual warfare in their ministries. During their interviews they shared how they see warfare was a sign that what they were doing was effective; they question if something is off if they aren’t getting attacked. I agree; warfare is a sign of a life lived for eternity. Better to take some hits than rot in comfort.

By Sunday afternoon, I was wiped out. I’d given everything I had and assumed I’d be able to rest and recover. But the spiritual battles went to another level. There was an all-out assault to pressure me into walking away from God, become bitter with Him, and thoughts of suicide were thrown in to. There were battles with lies, physical anxiety, and attacks on my emotions. It felt overwhelming at times, especially when my I was running on fumes.

Yet, God kept coming through. I received several emails from people telling me that the Lord had laid it on their hearts to pray. As every day unfolded, He showed me the way through, which included praying those “Lord waste my enemies” scriptures out loud, taking up my authority in Christ, asking, waiting for, and receiving strength, standing firm, and asking others for prayer.

There were unexpected blessings in the furnace. In the midst of some of the most intense battles, God exposed places that needed healing in my heart and provided restoration and cleansing. It was like being in a firefight while simultaneously having a medic work on me. Even though I was worn out, every touch of healing became a new area of strength as now that place was filled by His Spirit. By the end of the third week of August the warfare faded. I’ve been on the mend since… and asking God for more territory and battles to fight.

For we do not want you to be unaware, brothers, of the affliction we experienced in Asia. For we were so utterly burdened beyond our strength that we despaired of life itself. Indeed, we felt that we had received the sentence of death. But that was to make us rely not on ourselves but on God who raises the dead. He delivered us from such a deadly peril, and he will deliver us. On him we have set our hope that he will deliver us again. You also must help us by prayer, so that many will give thanks on our behalf for the blessing granted us through the prayers of many.
2 Corinthians 1:8-11

The enemy is aggressively going after God’s people. Some are falling away, and even commit suicide. The attacks to cause me to cave, give up, and walk away from God were very real and intense. This is no time for us to play church. It continues to boggle my mind how little the intense spiritual war we find ourselves in is acknowledged from most pulpits, let alone equipping God’s people to be fighters and overcomers.

What I went through last month shows that God is faithful and He will take you through the fire. Never give up, no matter how intense the firefight! Untested faith is just talk. The tests and battles will come; how we respond may have significant consequences.

I wouldn’t have wanted to walk through last month without your prayers. They made a big difference – thank you! Prayer and having a tribe of fellow believers are critical these days. Most Christians are isolated; I will keep emphasizing how essential it is that every one of you has your own inner circle of believers who can hold you up. We have 8 prayer meetings going on during the week. Reply to this email if you want to get connected.