The First Christmas was an Act of War 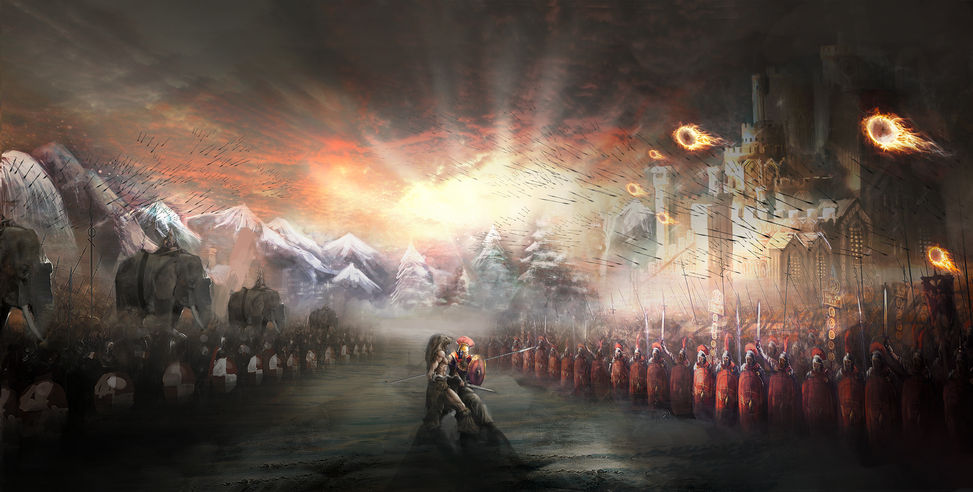 Perhaps you read that title and thought I’ve lost it, but hear me out.

We know the Christmas story; Jesus Christ, born of a virgin in a barn. The angels come and proclaim “Glory to God in the highest, and on earth, peace among men with whom He is pleased” (Luke 2:14).

Not long before Jesus was born, the “magi from the east,” as Scripture calls them, visited Herod Antipas, the ruler of Galilee, and asked him where “the king of the Jews was born.” Herod tells them to return and provide him with Jesus’ location after they’ve found Him, and sends them off.

The magi visit Jesus, but then God warns them in a dream not to report back to Herod.

“Then when Herod saw that he had been tricked by the magi, he became very enraged, and sent and slew all the male children who were in Bethlehem and all its vicinity, from two years old and under, according to the time which he had determined from the magi. Then what had been spoken through Jeremiah the prophet was fulfilled:
“A voice was heard in Ramah,
Weeping and great mourning,
Rachel weeping for her children;
And she refused to be comforted,
Because they were no more.”

Note that the male children were killed not only in Bethlehem, but the surrounding areas. The fathers and mothers who watched as their infant son was brutally murdered paid a horrific price for the first Christmas.

Our churches often paint Christmas as a peaceful, soothing event. “Silent night, holy night…” Yet if you look at the entire story Scripture provides, the battle was on to kill Jesus before He was born, and it didn’t let up until His crucifixion at the age of 33.

Let’s step back a little further. Satan launched his first attack on the human race right after Adam and Eve were created, and won the battle with devastating consequences. From then on, the Bible is filled stories of war, pain, and tragedy, mixed with moments of triumph and hope. This epic war could be described as God’s attempt to woo the human race into a love relationship with Him, and Satan’s vicious attempt to thwart it. The fight doesn’t stop until the end of the book of Revelations when Satan is cast into the lake of fire.

If you look at Scripture and history in the context of war, Jesus’ birth can only be described as an invasion—God landing on earth to save mankind from its sin. My take is that the angels who appeared to the shepherds were more than likely part of an army whose assignment was to protect Jesus while He was an infant. When Satan lost the battle to kill Jesus as a newborn, he launched a horrific counterassault on the families of the young boys in the greater Bethlehem area.

Fast forward to Christmas morning, 2009. We have extended family over; eight of us are present. I start hearing crazy, dark, thoughts in my mind. The idea of announcing the spiritual battle I’m engaged in while midst of this festive gathering sounds crazy. We’re all supposed to be happy on Christmas, right? Surely Satan takes Christmas day off…

In my heart I prayed and asked God what to do; the Holy Spirit breathes the word “praise” into my mind. I started praising God in my heart, and within seconds the dark thoughts vanished.

Every blood-bought son and daughter of God is at war, whether they realize it or not. For some of you, the battles you are facing this time of the year will intensify. If you’re not aware of the bigger picture of the war that’s raging around you, it will be easy to assume your struggles are solely related to the Christmas blues, depression, or family problems, or some other circumstance.

You’re not alone, God has provided you with the spiritual weapons to be an overcomer, and other brothers and sisters like you are going through similar battles.

This isn’t a message you will often hear at church this time of the year. “Ahem, that’s a little extreme, don’t you think? That’s not a positive message.” When’s the last time you saw a nativity scene with a picture of “Rachel, weeping for her son, refusing to be comforted.” Yet we’re in a time when the occult has gone wild and is gaining mainstream status, and many marriages and families are in the fight of their lives.

I think the “peace among men” that the angels announced had to do with the restoration of our relationship with God and the peace that would come from Jesus’ death on the cross – not peace on earth, and certainly not peace in the spiritual realm which is at all-out war.

Although you are at war, you are not alone. God offers you the tools you need to be an overcomer. You are blessed with every spiritual blessing (see Ephesians 1) and God is near. Don’t give up.

We ship to every country where UPS delivers. Discounts are available for quantity purchases or groups. For more information and to purchase, visit http://www.blazinggrace.org/store/