The last two months have been a blur, and I’m just now getting to the point where I can put an update together for you. 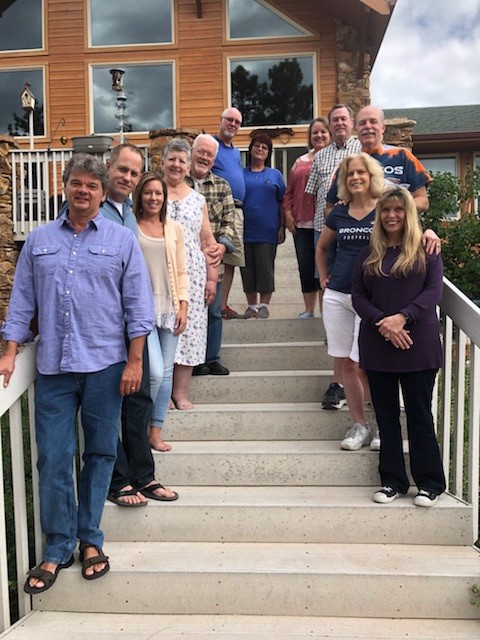 It began early September with the couples retreat in Beulah, CO.
Sandy England and I were blessed to watch God do some amazing work in their hearts. Most came in looking a little nervous; when they walked out we saw faces of joy and peace. It was hard for me to leave, having bonded with them as they allowed us to walk them through painful places, and into healing.

One wife wrote:
“I came back with my heart so full of love and grace and healing. I also have a renewed sense of purpose and direction as to what God is calling us to do. Since we got back home our connection to each other continues to grow.”

(We’ll be scheduling the next set of retreats shortly.)

Then it was off to Italy, for 10 packed days of ministry in what was one of the most brutal, yet fruit-filled trips I’ve ever taken. Most nights I encountered heavy spiritual warfare, including a vivid dream of demons in the apartment where I was staying on one night. I averaged 4 hours of sleep for most of the trip.

In spite of this, we (“we” includes Dan Wiens, my partner in Italy who set the trip up and did most of the translating) saw fruit wherever we went, which is probably why there was so much warfare.

* Leading Il Faro Baptist Church’s men’s retreat, where the men were vulnerable with their weaknesses, at times to the point of tears, and the senior pastor agreed on the spot to start a monthly mens support group at their church.

* Preaching the Sunday morning service at Il Faro, near Naples, where the senior pastor gave me the freedom to break the congregation up into groups of 2 and pray for each other. Whenever I initially break an audience up there are looks of shock on their faces, but afterward there are smiles and hugs. (I’m a big believer that we should be doing some of the things we teach in church, and that sermons aren’t enough). Here’s a shot of two men praying for each other: 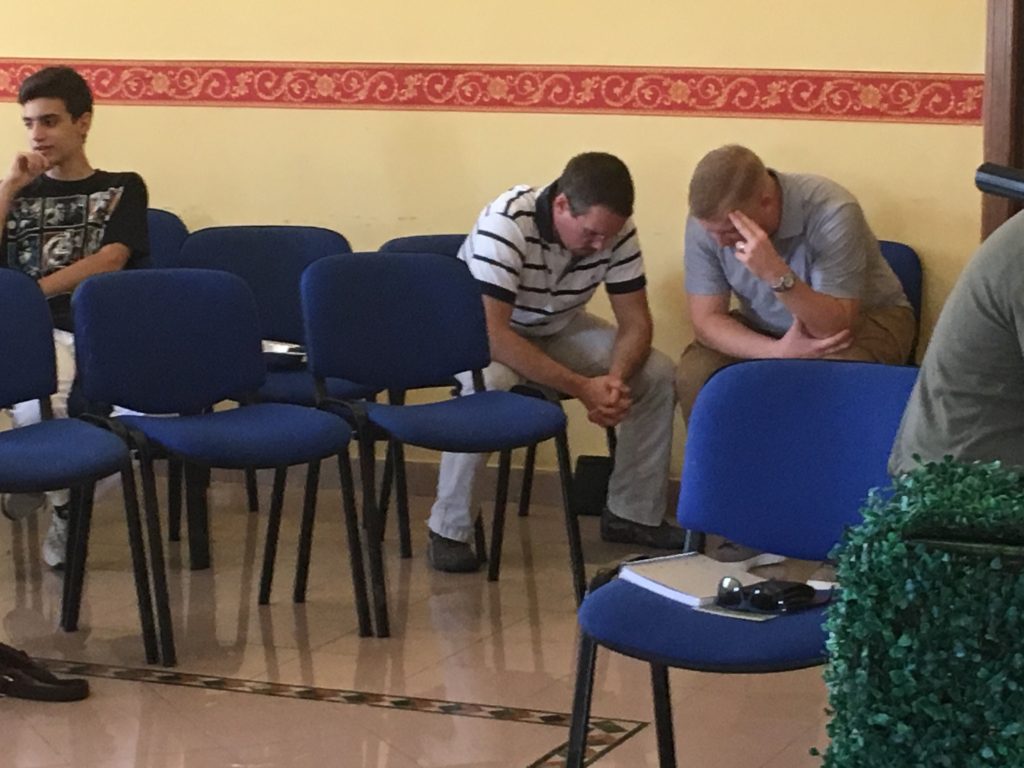 * Dan and I meeting a guy he’d been mentoring who had been an unbeliever, and led him to the Lord: 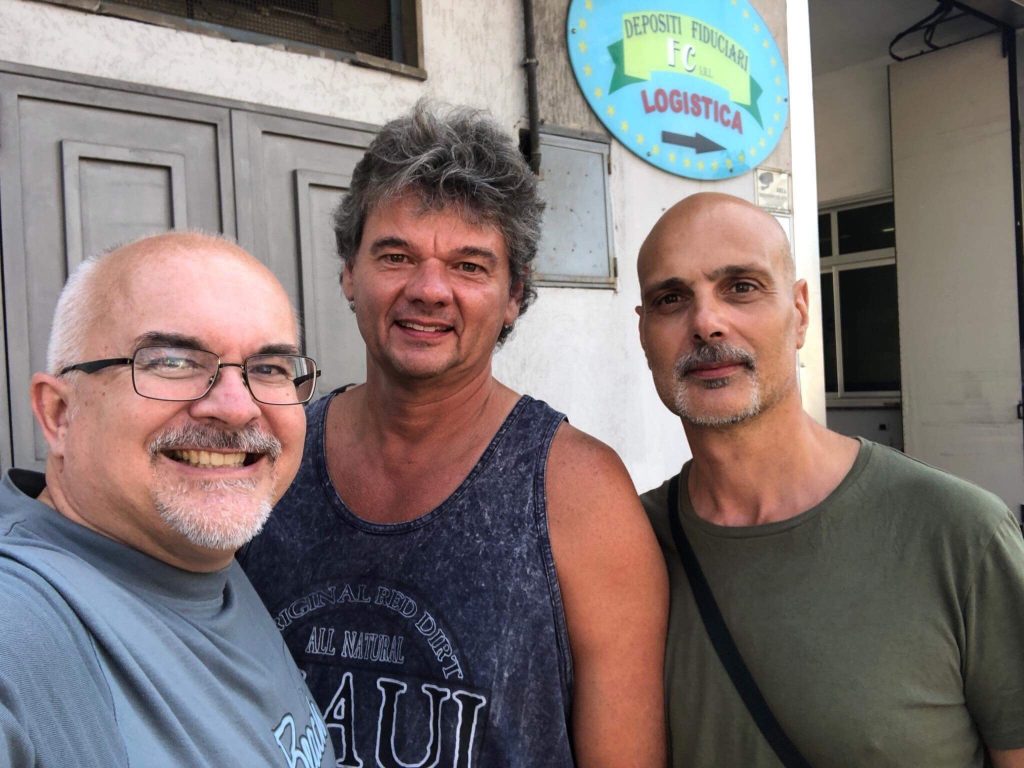 * Speaking in two churches in Sicily, and hearing words such as “I’ve never heard this topic addressed before,” and “You have an open invitation to come back again.” 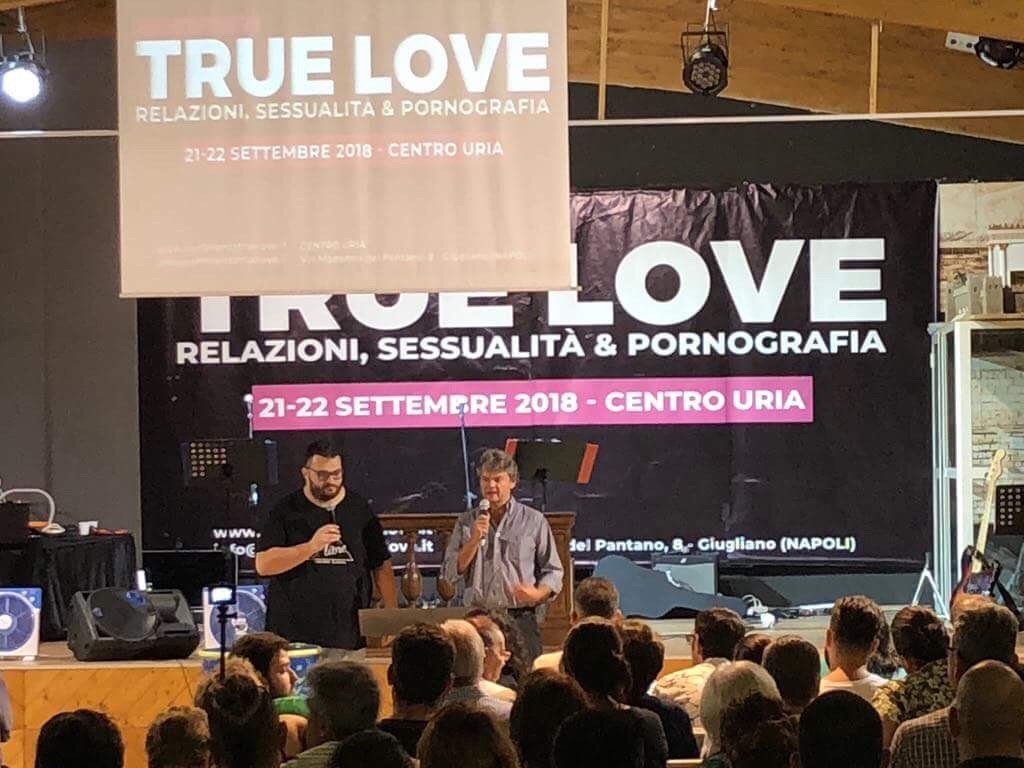 * Finishing the trip by preaching the Sunday morning service at a large church in Naples. The pastor once again gave me complete freedom to do as the Spirit led. I felt like God was asking me to share on father wounds, so I went with it, and then broke the congregation of around 700 up to share and pray for each other. Afterwards the senior pastor asked anyone who wanted prayer for healing, and around 30 came forward, some in tears.

It was an amazing trip; one I’ll never forget.

And last week, Covenant Eyes interviewed me on Facebook live—you can watch the interview here:

Mike Genung, author of “A Wives Heart” talks about triggers for women in recovery with men who struggle with pornography, and we’ll be talking about that mostly today.

We’re already scheduling events in 2019. Let us know if you’d like to discuss putting on a conference or some other event.