The Pastor’s Conference in Southern California

I’ve been in Southern California this week.
This past Monday, I led an all-day conference for pastors in Riverside. Around 70 pastors and teachers showed up. 10-15% were women. 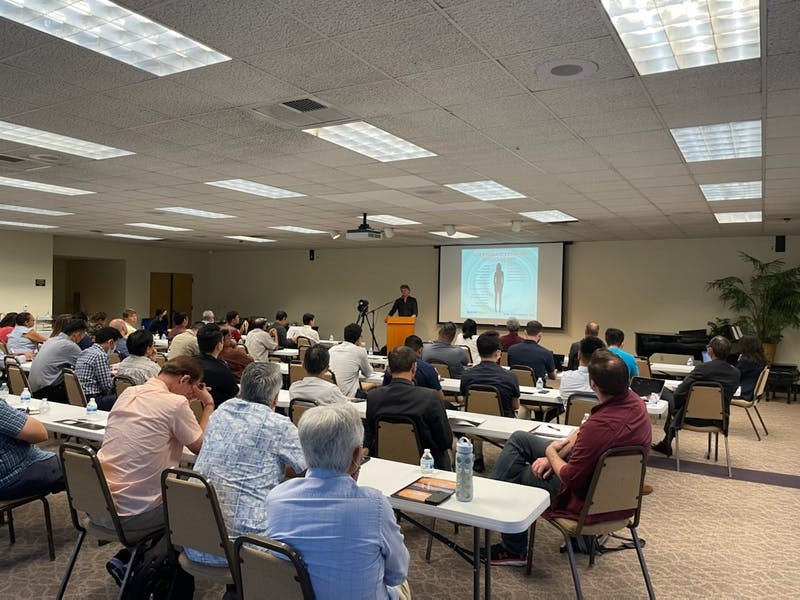 I began my sharing my story. I got into the basics of recovery from porn and sexual sin, went into wives issues, and talked about how isolation breeds lust and many types of sin. Then I asked everyone to raise their hand if they met with another believer once a week for the purpose of support, accountability, and prayer. Around 7 hands went up – 10% of those in attendance. Isolated pastors breed isolated Christians, thus the enormous problem with sexual sin in the church. Numbers like this are what I typically see when I ask an audience if they’re meeting with another believer; our churches are stuffed with isolated, lonely believers who are thirsty for connection, not just a sermon.

I broke them up into groups of 2-3 to share what they were going through and pray for each other. Some were crying during this time. Later I led them in a time of silent prayer with God to ask Him several questions in regard to their heart, then broke them up again to share and pray with each other.

I talked about how powerful prayer is, how desperately the modern church needs to become a house of prayer, and we spent the last 20 minutes with all of us on our knees in corporate prayer. They were confessing their sins and weaknesses in prayer, asking God for His strength, and more. It was beautiful to watch God’s shepherds humble themselves and cry out to Him.

Afterward I heard comments such as “we needed this,” “this was powerful,” and heard stories of persons who had received healing from our time together.

Imagine how powerful our weekend church services would be if we incorporated fellowship and prayer into them. Just like the Bible says.

Then on Tuesday we meet at KKLA’s studio in Glendale, California. KKLA is the largest FM Christian talk show radio station in Southern California. The result of our meeting was that, beginning the first week of August, they will air Blazing Grace Radio on KKLA 99.5 FM Saturday mornings. More on this later.

We had more ministry meetings in Southern California Wednesday and Thursday… it’s been fun to watch God open doors here.