When God Blows Your Theology Away 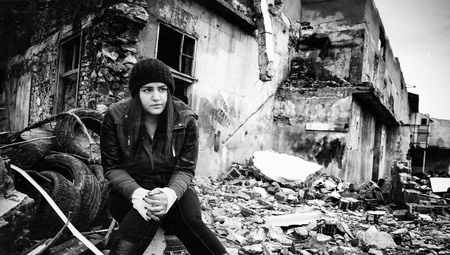 Job was a righteous man in God’s eyes (Job 1). He had wealth, prestige, comfort, and God’s protection. In spite of this, to Job’s shock and horror God allowed Satan to attack him brutally; he lost his children, employees, business, and health.

Job was understandably upset, frustrated, and confused. From his words as recorded in Scripture, it could be said that his theology, or core beliefs about God, were “if I am good nothing bad will happen to me.” Job’s theology was upended when God allowed him to endure an intense period of testing.

Samson was used by God to save Israel from the Philistines; he was victorious in many battles and was elevated to the position of governor. In spite of his gifting, Samson continued in sexual sin, until one day the consequences hit him full force after he shared the secret of his strength with Delilah.

Samson’s theology might be stated as “Since God is using me, I’m okay in his eyes.” God is extremely patient, but He is also holy. Moreover, a close examination of Samson’s story reveals that God used Samson’s sin to trigger some of his victories. Just because God is using us it doesn’t mean our relationship with Him is right. Samson’s theology was brutally, irrevocably, destroyed in a night when he lost his strength and his enemies captured him.

The Pharisees of Jesus’ day thought that their Bible knowledge, Jewish heritage, and position as leaders of the church, coupled with their intense focus on doing good works made them right in God’s eyes.

Jesus blew all of that away when He said:

“You search the Scriptures, because you think that in them you have eternal life; it is these that testify about Me; and you are unwilling to come to me so that you may have eternal life.” John 5:39-40

The Pharisees knew the Torah, the first five books of the Bible, but they didn’t know God. The Pharisees’ theology was that Bible knowledge, doctrine, and good works were enough, but Jesus was after relationships, not a scripture memorization program.  “Come to me” and “Study the Bible” are two separate things.

As the disciples were walking through Samaria, they were refused lodging for the night from the locals. James and John, AKA “Sons of Thunder,” asked Jesus if they should call down fire from heaven and fry the Samaritans. Jesus’ response was to disarm their theology that God was out to judge, condemn and destroy by saying “you don’t know the spirit God has given you,” and frame his mission as saving people. Jesus’ approach to the lost who wanted help was often kindness and invitation. He didn’t blast them with Bible verses or rail on their sins (He saved that for the churchy religious people).

I see all of the above in today’s church.

I see Sons of Thunder theology when Christians use the Bible as a battering ram to prove that they’re right or justify their theology package.

I see the Pharisee mentality that Bible knowledge and doctrine are enough in just about every man I’ve ever talked to who is in bondage to sexual sin. Many of them are walking, talking Bibles with empty, bitter hearts. Some are pastors.

I see Samson theology all over the Body of Christ. Many have bought into the illusion that because God is using them they’re okay. God uses unbelievers as well as Christians; just because God is using someone doesn’t mean their relationship with Him is right. (It was an unbeliever, by the way, who suggested I put my writing up on a website back in 2004).

Part of the problem is that our culture of tolerance has so infected the church that we don’t like to talk about anything that isn’t positive or uplifting. In this context, we don’t live in a dangerous world where anything can happen, including the death of children like Job experienced (I have too), or losing a marriage to porn as many women have. We don’t see God as dangerous, but rather as a gentle old grandfather. The God of the Bible I read about is kind, loving, gentle, merciful, incredibly patient, hates sin, uncompromisingly holy, gets furious when His people turn their backs on Him and turn to idols, and yes, allows people to choose the terror of an eternity in hell.

The God of the Bible that I know from personal experience is dangerous. Some of His discipline I’ve received has been excruciating, yet He’s used it to shape me and blow away some of my messed up theology. Knowing Him is an adventure; there’s nothing like the joy that comes from being in His presence, or the possibilities and purpose that come our way. His love is like nothing I’ve experienced in my life; beyond knowledge. When His love fills my heart, the depth of peace and contentment I experience… it’s a taste of Heaven.  Bible knowledge, doing good works for God, and trying to “be a good Christian” all miss the mark when we make them the thing we base our Christianity on. “Come to me”… an invitation to know and experience the dangerous God of love, says it all.

There’s another faulty theology God has destroyed many times in my life.

When my sin was so deep, wretched, and evil that I hated myself, receiving forgiveness seemed impossible. I thought God was done with me. I thought He was like other broken people whose patience is short, love is small, and have a tendency to blow off those who hurt them. I’ve expected the same treatment from Him that I know I would be tempted to use on others: “I’m done with you.”

Except that, God kept blowing my theology away. His grace is so good that sometimes it’s hard to believe, even grasp. How can you forgive someone who hurts you repeatedly? No one loves like that. But He does. When I was at my lowest and doubting every promise in His word, He kept showing up, pressing in, and speaking to me. It got to the point to where doubting His love and forgiveness would have been harder than accepting it.

When we sin, all we need to do is say “I have sinned”; that’s it. We’re forgiven and cleansed. No groveling, begging, trying to pay for or make up for the sin is required or even wanted. He just wants to restore the relationship. That’s hard to receive when you’ve fallen so far you can’t see the light at the top of the pit, I know. But as Jesus told the Sons of Thunder, He came to save those who are lost.

So how about you? Where are you today? What’s going on in your heart? Which is bigger and more satisfying to you: your theology, or your relationship with God?

Which should it be?