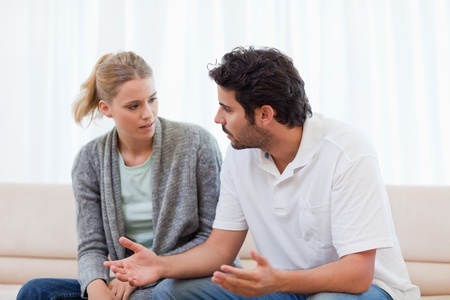 It hit the fan today.

Your husband confessed that he’s addicted to pornography. You’re sick to your stomach, furious, and deeply hurt. Perhaps you assume his problem is about you: “I must not be enough for him; what am I doing wrong? Maybe I’m not good enough in bed… how can I compare to the twenty-year olds he’s lusting after?”

You bite hard on doubt, fear and insecurity: It must be true; what else could it be? I’m the only one he’s having sex with and he’s looking elsewhere; I must be the problem. Maybe if I was a better wife, or prettier he wouldn’t do that anymore.

You ask him what you need to change to fix his problem, and he quietly says “It’s not about you.”

“Then what is the problem?” you ask.

In your husband’s place, allow me to unpack what’s going on.

In spite of your husband’s problem, the truth is that you are the right, and only woman for him because God put you two together. You and your husband are the perfect match; your weaknesses compliment his strengths, and visa-versa. The problem is that he’s in bondage to sin and is not caring for his wife as God called him to.

By now you may be asking “then what should I do?” Here are 5 action steps to consider:

The good news is that God heals marriages; I know because mine is one of them. There is hope. My prayer is that the Lord will set your husband free and provide healing to your heart.