When Will She Get Over It? 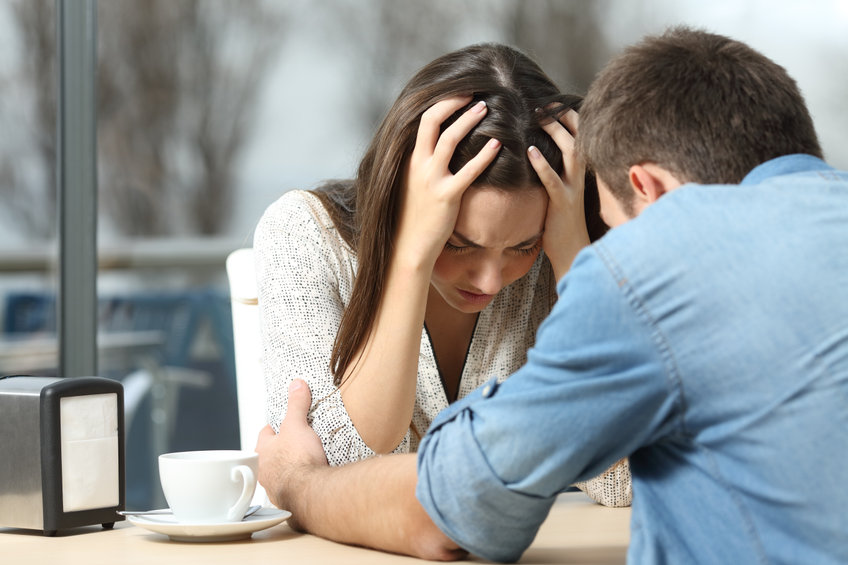 He goes home to his wife, who’s a wreck. Tonight she’s so hurt she can barely look at him. He looks at her, and says some of the worst words he can utter: “When are you going to get over this?” After all, he’s got two months. Doesn’t she see the effort he’s making, the progress? It only took him two months to get it together. Shouldn’t she be better now too?

Let’s step back and take a look at the big picture.

Sexual sin corrupts every part of the man; their character, brain chemistry, emotions, will, spiritual discernment. They have been self and sex absorbed—and lying—for years. They’re spiritually blind and emotionally stunted. There’s no way they’re going to unwind all of that damage in several months, or even a year of abstinence. Their recovery period will take years.

Many women are so traumatized by the first disclosure that they come apart. Some end up in the psychiatric ward; others are put on medication. They’re sense of security is gone; so is their sense of self-worth. Fear hits her often. Her emotions are spun on a tightly wound yo-yo; one minute she feels like crying, the next she’s ready to reach for the family gun. Her journey to healing and restoration will take years.

It gets worse if he’s a pastor or in ministry. If he starts pulling out the Bible verses, especially, “wives submit to your husband,” he crosses the line into spiritual abuse.

My husband pastors a church. I have always been very involved and a supportive partner in ministry. I was completely shocked to find porn sites on his phone and YouTube history. When I told him I knew he’d been viewing pornography, he blew up in anger and blamed me. His initially rage lasted for 2 days. I told him he needed to go to someone in our denomination for help. When he did, there was very little to no accountability and he has never been asked to take any time off.
I am struggling with feelings of neglect from my husband, my church, and God. My husband has yet to repent. He has admitted to very little of his porn issue and seems placating when he does speak about it.
He is walled off emotionally and blames me for being an unsafe person while rejecting my attempts to connect and share my emotional life. If I share my feelings, he either tells me what I should do to fix it, why I shouldn’t feel that way, or gives me some unemotionally placating, “l am sorry you feel that way.”
There are still hints that he blames me for his sin. For instance, saying porn can be about comfort while telling me I don’t comfort him.
I began seeing a counselor but she keeps trying to get me to see my codependency and I am just not getting it. She asked me to read a book about it and there was little to nothing I could relate to in it. It’s left me confused and self-doubting.
It’s been a year of waiting, forgiving, letting my needs be known, confronting when necessary and yet he harbors the same attitudes towards me and remains emotionally disengaged. Last night it really hit me that we have made little to no progress. I’m at a loss and feel completely alone. I don’t want to minister with him anymore and am struggling to keep my faith.

“When are you going to get over it?” should never be said by a husband who’s serious about restoring his marriage. Lust feeds on selfishness and pride; such statements show he’s got one step on a banana and the other on an oil slick. It’s just a matter of time before he hits the pavement again, face first.

The man who wants to heal his marriage should ask his wife “How are you doing?” and be prepared to listen without interrupting or getting defensive. He must never blame her for his sin or justify it; taking complete ownership for his choices to turn to sexual sin is crucial.

He should set aside all boasting about his length of abstinence; several months of abstinence won’t heal her from years or decades of betrayal and hurt. Look for ways to show her you care more about her than yourself. (HINT – doing the things she’s been asking you to do for years that you’ve ignored make a difference.) Actions rebuild trust, not empty promises. Focus on listening. Expect her emotions to yo-yo wildly between anger and crying. It’s going to be a rough ride for awhile until she begins to level out. Settle in for the long haul and walk with her, no matter what. Pray for and with her every day.