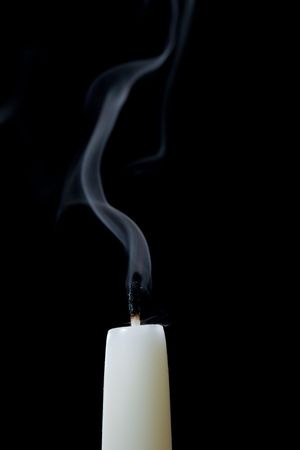 A battered reed He will not break off, and a smoldering wick He will not put out, until He leads justice to victory.
Matthew 12:20

Around six years ago, I was in a dark place. I had fallen into a pit of discouragement, doubt, and fear; my faith was in pieces. One day I heard a pastor on the radio say that “every Christian’s life should always be marked with joy.” I wanted to throw up; I was barely getting by. Joy? Forget it.

There are plenty of songs on the Christian airwaves where someone is asking God to set them on fire for Him. The idea is that if God sets them on fire, they will have a big rush of emotional and spiritual firepower that can carry them into doing some kind of awesome thing for God that will revolutionize the world.

Except, when I look at God’s word, I don’t see people asking God to set them on fire. I see a different emphasis.

Ask yourself how “on fire for God” the following people were from these stories in Scripture:

Abraham, when God asked him to sacrifice his son.

Job, when he lost his family, business, and health, and then had to endure the ridicule of friends.

Prophets like Isaiah and especially, Jeremiah, when they delivered hard messages and were rejected.

Jesus in the Garden of Gethsemane, when He wanted to exit His destiny at the cross.

Paul, who was beaten often. During one trial he even said he had lost hope that he would make it out alive (2 Corinthians 1).

I don’t see any of the men above, including Jesus, being “on fire for God.” But I do see a marvelous willingness to endure incredible suffering and pain, which fleshed out their dedication, rock solid character, and love for God.

When I think on these Biblical stories of suffering in centuries past, my own trials, and what God has taught me, I believe that He’s after more than just a momentary burst of joy. In fact, when I look at the parable of the sower, which mentions the person who “receives the word with joy at first but then fades away,” I know He is.

I believe God wants His people to be so sold out on Him that no matter how they feel, they honor Him and prove their love by obedience. There’s a certain inner toughness of character that has to be developed for this to take place; most of the time, that toughness is only developed in suffering.

Think of the man who’s enslaved to sexual sin. He’s not going to be on fire for God when he shows up at his first accountability group meeting. Or confesses his sin to his wife.  Yet he does these things because he knows he must in order to experience freedom and heal his marriage.

For those of you who are dying inside and feel condemned because you aren’t wearing a giddy Sunday school face, or can barely make it through the day without wanting to cry, scream, or run in a corner and hide in shame, yet are persevering through the toughest circumstances, God has a special place in His heart for you. The voices in the church, our family, and our friends that would tell us to pretend there’s nothing wrong, or “praise God and it will be okay,” do not represent His heart.

“The sacrifices of God are a broken spirit; a broken and contrite heart, O God, You will not despise.”

You may not be joyful, or on fire for God, but you are being molded into a warrior (or warrior-ette). God is using what you’re going through to shape, strengthen, cleanse, and soften your heart in preparation for a deeper experience of His love and faithfulness. Although the process is painful, keep going. Never give up, and keep pressing forward.  You are not abandoned, and God has a special place in His heart for you.

Many Christians have no idea what they’re talking about when it comes to pain and suffering. I know that many of you who visit this site are in the middle of deep, dark waters. While there are certain trials I never want to relive, I can look back at them and say that God used every one of them to shape me in ways I didn’t understand at the moment, but brought fruit later on.

I don’t think being on “fire for God” matters as much to Him as faithfulness, endurance, and obedience.

But the one who endures to the end, He will be saved.
Matthew 24:13

We count those blessed who endured. You have heard of the endurance of Job and have seen the outcome of the Lord’s dealings, that the Lord is full of compassion and merciful.
James 5:11

O love the Lord, all you His godly ones! The Lord preserves the faithful and fully recompenses the proud doer.
Psalms 31:23