I Don’t Understand It… 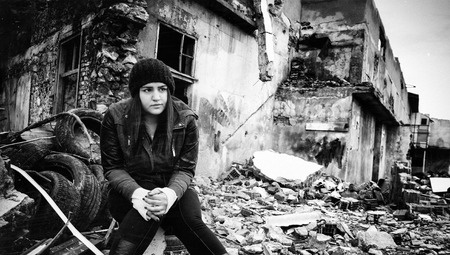 I don’t understand it… maybe some of you can enlighten me. Today, in the U.S., mass shootings are commonplace, the occult has gained wide-spread acceptance and is infiltrating the church (did you know there was a “Christian witch conference” earlier this year?), suicide rates are going up, sexual sin of every kind is celebrated and increasing (sexbots today, legalized prostitution tomorrow – it’s already being discussed), the porn use rate in the church is 66% for men and 30% for women (and those are the honest ones), late term, and even post-term abortion is the norm, our culture and our government are at civil war, and yet, most of our churches are doing the same thing, week after week, a sermon and worship music, and many pastors don’t even acknowledge how dark it is from their pulpits.

It doesn’t take a seminary degree to know that Jesus called his church a “house of prayer,” nor to read through the book of Acts and see that the early church began with and was devoted to prayer, and they changed the world. Read the history of revivals, and you will see that prayer was the spark that lit those bonfires.

So why isn’t every pastor calling on their flocks to fall to their knees every week in prayer, asking for God’s mercy on our country and confessing our sins as Daniel did?

Read this prayer of Daniel’s from Daniel 9:

Vs7 – To you, O Lord, belongs righteousness, but to us open shame, as at this day, to the men of Judah, to the inhabitants of Jerusalem, and to all Israel, those who are near and those who are far away, in all the lands to which you have driven them, because of the treachery that they have committed against you. 8 To us, O Lord, belongs open shame, to our kings, to our princes, and to our fathers, because we have sinned against you…

And down to verse 20 –
While I was speaking and praying, confessing my sin and the sin of my people Israel, and presenting my plea before the Lord my God for the holy hill of my God, while I was speaking in prayer, the man Gabriel, whom I had seen in the vision at the first, came to me in swift flight at the time of the evening sacrifice.

As in Daniel’s time, open shame belongs to us, including the church, for how far we’ve let this go. All too many churches don’t have the guts to talk about sex, let alone the level of evil and depravity that is both in and outside of the church (did you know that every week, men in trusted church leadership positions are arrested for illegal pornography?) The U.S. is the largest producer and consumer of porn in the world. The church is one of its biggest customers. If this one issue isn’t a reason for open shame, tell me what is. When you add the rest, it’s a moral catastrophe.

Read the book of Jonah. How did revival come about to Ninevah? The only “sermon” was Jonah saying “in 40 days you will be destroyed!” No seeker friendly talk, no trying to keep it “positive and encouraging.” They responded by dumping ashes on their heads and donning sackcloth, which is a sign of brokenness over their sin. As Daniel did in his prayer in verse 20, we need to confess our sins and the sin of our nation.

Prayer, mourning, and brokenness is what we need. Not more sermons about it. I know for me, there are many times when my heart is hard, and the only way it softens is if I go to God in prayer and ask Him touch me; I need revival as much as everyone else—and have been asking Him for it. If we want the pain and healing that come from being broken over our sin, we must ask for it. Posting a meme on social media about revival won’t get you anywhere.

Do we not want revival enough to get out of our comfort zones and turn our churches into houses of prayer every week until the ground starts to shake?? Why isn’t church leadership making this happen? No student of God’s word can come away without seeing that prayer is the great game changer. We don’t need sermons about prayer, we need to PRAY, now, and every week, until the Lord reigns righteousness on our country and brings revival.

Or, we can keep preaching our sermons and singing our songs every weekend, just as we have been doing while our country has been free-falling into a black hole, and wait until we wake up to the news that the Bible has been outlawed as hate speech, or we have a socialist government that strips us of our freedoms (what power do you think is behind the move to socialism?) and then we can panic and turn to prayer, but by then the damage will be done.

If we want revival, every church must be on its knees, every weekend.