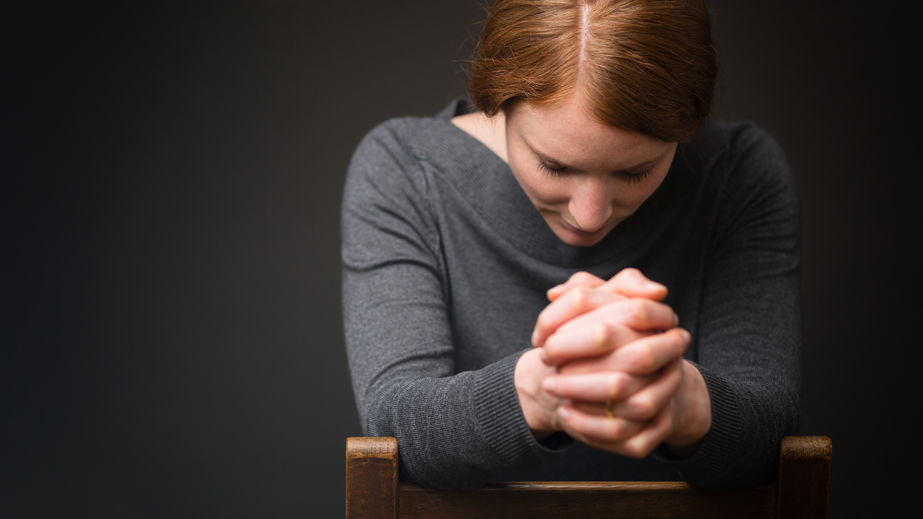 I’ve been hearing that people are getting hit with significant spiritual attack the past two weeks. Flare-ups and strife in relationships are common. Some are grappling with the war in the mind; others are battling fear or discouragement. I’ve had my share of spiritual battles recently.

Spiritual warfare isn’t a topic we hear much about during the Christmas season, but the enemy doesn’t take vacations, and he hits people hard when they’re vulnerable. In December we’re supposed to be happy, right?… “Peace on earth, good will to men.”

But what’s missing from many presentations of the story of Jesus’ birth is that Herod planned to kill Jesus before He was born, then after Joseph and Mary fled to Egypt with Jesus, Herod murdered innocent children.

Loneliness and depression are commonplace this time of the year. Emotional wounds from family or other relationships can surface, putting many in a vulnerable place to spiritual attack. If you don’t understand what’s happening or approach the battle the wrong way, you can spend days or weeks floundering and struggling.

This isn’t to say that everything you’re going through is about spiritual warfare, but to be aware of the possibility. Last weekend I went through a brief spell of depression, then got hit hard with invasive thoughts of despair and hopelessness. The intensity of the battle showed me it was a spiritual assault; once I responded by taking up my authority and Christ and praying scripture, the battle ended.

If you and/or your spouse feel like you’re constantly being triggered or assaulted with invasive, dark thoughts, or if it seems that a cloud of gloom has been following you and you haven’t been able to shake it, ask God if it’s spiritual warfare. An ongoing onslaught of thoughts of fear, resentment, anxiety, anger, or despair can be signs that you’re at war.

Here are some tips that can help:

* Remember who your enemy is. It is not your spouse or other people, but the demonic force that comes to “steal, kill and destroy.” Part of their strategy is to keep you fighting against your loved ones, instead of with them against the real foe.

* Warfare often has a dark, invasive edge to it. They can also attack with subtle lies that target an emotional wound. Expose what you’re going through to the Lord and ask Him for discernment. You can also do the same with a trusted Christian friend who has a balanced approach to spiritual warfare (some believers look for the demon behind every rock, while others have a hard time believing there is any warfare at all – avoid either extreme.) The idea is to discern if what you’re going through is warfare or your own emotions. Since the enemy comes to steal, kill, and destroy, if you’re a true believer in Christ then you’re not above getting hit.

* Couples should pray together for each other and their family members every day. Prayer is your nuclear weapon. Use it often.

* Pray scripture aloud if you’re getting hit – Psalms 91 is the great warfare chapter and is often my go-to. Or take up your authority in Christ (Ephesians 2) to resist the enemy (1 Peter 5:9) and command him to stop.

* Some battles must be won with a different approach. Ask the Lord to show you how to win the battle. I have had situations where God told me to praise Him when I was getting hit.

* If you’re getting attacked with the same lie and it’s not going away, ask the Lord to break the power of it, confess it as sin and renounce it, then ask Him to replace it with the truth. If there is an emotional wound attached to the lie, you may need to pray through it with someone who can help you in this area (we offer counseling if you’re interested).

* Surrender. “Submit therefore to God, resist the devil and he will flee from you” James 4:7. If the Lord has been telling you to obey in an area and you’ve put it off, it could be that the key to victory lies in surrender. For example, if God has been telling you to forgive someone and you’ve refused, a spirit of bitterness may have a field day in attacking you at will; all the spiritual warfare techniques in the world won’t help you. Once you’ve closed the door by forgiving the other person, it’s a simple matter of rejecting the enemy’s attacks by refusing to feed on their thoughts of bitterness.

* Don’t fear. Once the enemy has established a beach-head of fear in your life, he can use it to torment you. You will need to take a stand against fear, which can be done be confession, having others pray for you, and driving the stakes of God’s word in the ground of your soul. “The Lord said to trust Him with all my heart in Proverbs 3:5 and I will do so. I will not fear”… “God said to not fear because He’s with me… I will not fear no matter how I feel” (Isaiah 41:10). Fear may also be attached to an emotional wound; if you continue to struggle with fear, you may need outside help to walk through the process to healing.

* Filter every thought that comes through your mind with God’s word. Refuse to latch on to thoughts that don’t agree with His word or character.

* Ask for prayer. If I’m getting hit with an overwhelming battle, I’ll text a friend and ask for prayer. Don’t be afraid to ask for help.

Last year I wrote a post titled “The First Christmas Was an Act of War” that expands on the topic of this article. You can read it here:

Contact us if you need help, prayer, or counseling. We want to equip you to be the overcomer and warrior every believer in Christ is called to be.