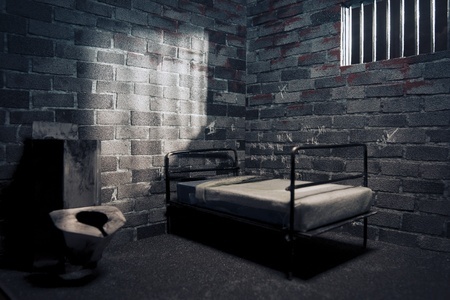 Pastor Saeed Abedini is an Iranian born U.S. Citizen. Originally a muslim, he converted to Christianity in 2000. He is an American pastor, and is credited with starting around 100 house churches in Iran from 2000-2005.

Four years ago he was jailed in Iran for “undermining religious security through private religious gatherings”. He was sent to prison, and has been subject to beatings, the withholding of medical care, and more.

His wife, Naghmeh, has been going all out to seek his release, with support by Franklin Graham, Jay Sekulow, and others who are well known in the Christian community.

I’ve been praying for Pastor Saeed and his wife for years. They have two kids; seeing a family separated for four years is heart breaking enough. But when your loved one is being beaten unjustly in prison in a foreign country and there’s no guarantee he’ll make it out alive… I can only imagine the living hell they’ve endured.

Last week I saw the news that Pastor Saeed was released… I would love to have seen the looks on their faces when Pastor Saeed and his family were reunited. The joy of being released from the hell of that prison to freedom again must have been too wonderful for words.

Last weekend, shortly after I saw the news proclaiming Pastor Saeed’s release, I stumbled onto this  article in Christianity Today. In the article, Naghmeh reportedly sent an email to her supporters and revealed that her husband has had issues with pornography and been abusive since the early part of her marriage.

At first I was taken aback; “Was this an internet hoax?”… but the news sources were reliable, and it was his wife who was quoted, not a third party.

As I read that article and another one that Christianity Today published on the topic, I found myself getting angry.

My anger was not directed at Pastor Saeed or his family. They’ve been through living hell for their faith, something most Christian Americans will never endure. I want nothing to do with judging them in any way; they’ve paid a high price for their commitment to Christ and I will continue to pray for their physical, emotional, and spiritual healing.

* That no one is saying that The American Church of 2016 is corrupt with sexual sin.

We’re in desperate need of some Jeremiahs, Isaiahs, Elijahs, and John the Baptists who are willing to step up and put it out there. Many talk about the need for revival and spiritual awakening, but it feels like no one knows what to do about it. If the church would put the same effort and intensity at facing our sin that we do for causes like Pastor Saeed’s release, we’d have revival in several months.

You have become arrogant and have not mourned instead, so that the one who had done this deed would be removed from your midst. 1 Corinthians 5:2

We’re the American church. We have the greatest seminaries and preachers in the world, we send millions of dollars overseas; we have our theology down.

And we’re corrupt with sexual sin.

We’re too arrogant to look in the mirror. Do we speak up about the moral freefall outside the church? All day long. Take a hard look at our reflection? “Ummm… Let’s talk about grace and theology; God loves you. We don’t want to offend anyone or make them uncomfortable by talking about sex.”

For those who want Biblical justification for what I’m saying, read 1 Corinthians 5, and the first several chapters in Revelations where Jesus busts two out of the seven churches for not confronting sexual sin. Note also the severe consequences for churches who don’t.

As for Pastor Saeed and his family, I will continue to pray for their healing.