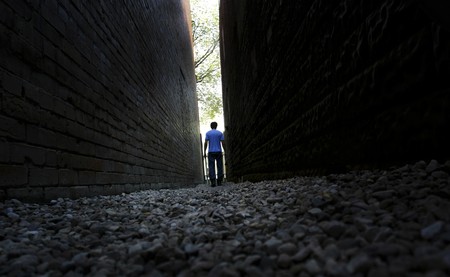 No temptation has overtaken you but such as is common to man; and God is faithful, who will not allow you to be tempted beyond what you are able, but with the temptation will provide the way of escape also, so that you will be able to endure it.
1 Corinthians 10:13

In the past, this verse puzzled me. When a massive tidal wave of temptation slams me to the ground and I’m overwhelmed with fear, lust, or anger, it seems like there is no escape.

“God, it’s too much for me’… I give up the fight, and down I go. Doubts rush in. Maybe my problem is I’m not a super-Christian like (fill in the blank with the celebrity of the moment); I don’t get it, or I’m too weak and this thing has me whipped. Is God still with me? Have I gone too far?

When I unwind what happened and allow the Holy Spirit to counsel me, the truth surfaces.

There are temptations that are way more than I can handle; I don’t have the strength to beat them on my own, sometimes, even after I’ve prayed. (This usually means I need to keep praying or take some other action). But, no temptation is bigger than God. As soon as I exposed myself to the lie that there is no escape from the tsunami that just hit me, or that God isn’t faithful, it’s just a matter of time before I fall.

Since no temptation is bigger than God and He’s promised a way of escape, how do we find it?

First, no matter how hard you get hit or how you feel, refuse to believe the lie that there is no escape. God is either faithful, or He’s not. If He’s not then Christianity is a waste of time. But if He’s true to His word, which I know He is, you and I can overcome.

So here’s the secret… when you’re in the midst of battle, ask Him for the way out.

I failed to ask the Lord this simple question for years; mainly because I didn’t think He’d answer me. Yet, I’ve discovered that if I ask Him the question, He will provide the answer. It could be through an idea, a verse, or an impression. It could be to pray, take up my authority in Christ if it’s spiritual warfare, praise Him, or just walk away.

Some Christians wig out about whether God speaks to His people, as if it’s some kind of mystical thing. But when you look at Scripture you’ll see that He spoke directly to people from Adam to Revelations. There is no verse that says “God will not speak to men or women again.”

The greatest test is not whether God will speak, but whether we will slow down, listen for His answer, and do what’s He says in order to escape. Often, it’s here when my flesh turns up the pressure 10 notches and screams “I don’t want to give this up!! I want to be angry, stare at that woman, or allow fear to eat me alive.”

When the flesh pines for its way, I need to cry out for the will to do what God wants me to do, which is to nail my flesh to the cross and let it die.

I believe God provides a way of escape for every temptation, is willing to speak to me in the way of His choosing, and show me the way out. The main question is if I’m willing to listen, obey, and take action.