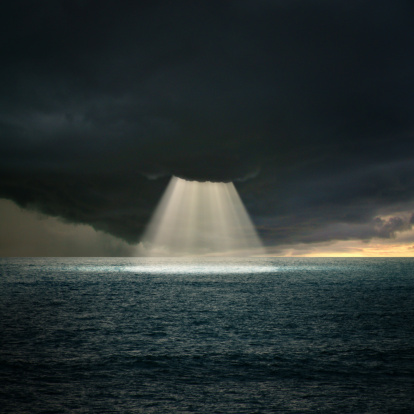 Since the Supreme Court’s ruling on gay marriage, Christians have been in turmoil. Church and para-church leaders published blog posts and videos giving their take on how we should respond; social media is a mess. Most of what I’ve read could be summed up as “stand up for traditional marriage and be nice to people outside the church.”

We’re missing the point of what God is saying to us.

For the past 15 years, there have been many warnings shot over the church’s bow: the divorce rate is the same among Christians as unbelievers, two thirds of Christian men are viewing pornography, churches are closing, giving is down, and the number of people who identify themselves as believers in Christ is declining. As a father of four, one of the most frightening of these warnings is that 75% of our youth are leaving the church at age 18; we’re losing the next generation.

For it is time for judgment to begin with the household of God… 1 Peter 4:17

After years of warnings, I believe the Supreme Court’s decision was a cannonball blast that hit dead center in the hull; an act of God’s judgment against His people. (The world is celebrating; they haven’t been hit… yet). It was as if He was saying, “You’re not who you think you are, examine yourselves and who you’ve become. You’re corrupt, and have lost your way.”

The church has a major blind spot when it comes to facing its sin. When the president of Chik-fil-a was verbally assaulted for his views on homosexuality, the Christian social media and blog world went wild. Hundreds of thousands showed their support by lining up at Chik-fil-a, giving them a record sales day. When Phil Robertson got fired from Duck Dynasty, Christian social media and the blog world once again went wild; a massive letter writing campaign ensued, with the result that Phil Robertson was reinstated.

But mention that the church is corrupt with sexual sin, or 75% of our youth are taking the exits… and everyone checks out.

“You are the salt of the earth; but if the salt has become tasteless, how can it be made salty again? It is no longer good for anything, except to be thrown out and trampled under foot by men.” Matthew 5:13

The Supreme Court decision didn’t come about because we lost the debate, but because we’re focused on everything except our sin. The warning of being “trampled underfoot by men” has become reality.

How could these things happen, unless… the church had become so corrupt by the weight of its own sin that it ceased to preserve the nation?

God has already shown us the next step we should take, and it has nothing to do with being nice to those outside of the church or standing for traditional marriage, which by the way, we’ve been doing for years and are still losing our nation.

“…if my people, who are called by my name, will humble themselves and pray and seek my face and turn from their wicked ways, then I will hear from heaven, and I will forgive their sin and will heal their land.” 2 Chronicles 7:14

I hear 2 Chronicles 7:14 quoted all the time; someone is always talking about it or how they’re praying for spiritual revival. The problem is that all we do is talk, preach, or put 2 Chronicles 7:14 on a Christian souvenir; we don’t take the actions the Lord prescribed as a body.

If Jonah came today and gave a warning of God’s impending judgment, my fear is that pastors would embark on a six week series on humility, prayer, seeking, and repentance. Every Sunday, church members would nod their head in eager agreement; walk out, check their smartphones, and nothing would change. The hammer of judgment would drop and everyone would scratch their heads wondering what went wrong. We’re stuck in theology world and have forgotten that we need to do what God said.

If we strip 2 Chronicles 7:14 down to its core, there is no teaching, preaching, studying, or even worship; just God’s people confessing their sins, turning from them, and praying, all of which involve humility.

“It might be confusing for the moment, but it would better to call off half the meetings, to give the committees a vacation, and even to miss several Sunday services, while preacher and people caught their breath, got on their knees, and prayed down a fresh Pentecost.”
Vance Havner

If we’re serious about a spiritual awakening, here’s what we need to do:

For the next four weeks, in every weekend service of every church, set all preaching, programs, ministries, and even worship time aside, and put everyone on their knees. Begin by asking God to convict His people of their sin, and invite Him to keep going until He’s had His way. Make each service about public and group confession of sin, mixed with prayer.

This is the essence of 2 Chronicles 7:14, and it’s what we are called to do if we want revival.

If you study the book of Acts, you will find there were times that God’s people devoted themselves to prayer (Acts 1:14). God calls His church a house of prayer (Isaiah 56:7) (Matthew 21:13); other than asking “God bless our service,” prayer is missing from our weekend services. In Acts 19, we also find a gathering that included public confession and destruction of the objects that were causing them to stumble (Acts 19:18-19).

I meet with another man on a weekly basis for lunch; as needed, we confess our sins to each other. Occasionally, as we’ve shared our brokenness, the Holy Spirit has showed up and blessed us with His Presence. What do you think will happen when God’s people start confessing their sins in a corporate setting and going after Him with all-out prayer? I can only imagine Him pouring His love, peace, and power out on us in ways most Christians have never experienced.

We’re parched for God. We’ve worn ourselves out running around doing ministry, answering smartphones, trying to be and have everything for our families, and languishing in bondage to sin. We’ve lost our way.

It’s time to stop talking about revival and get on our knees as a body, confess our sins, pray, and seek God. All that is keeping us from revival is our pride, our comfort zone, and being stuck in a rut that church is only about teaching and worship.

If teaching and worship were enough, we wouldn’t be in this mess.

Pastors, are you willing to lead your congregation to revival, knowing that some will be upset because you’ve upended the apple cart of their comfort and pride? Are you willing to surrender your own pride, drop the American tradition that church is only about preaching and worship, and allow the Holy Spirit to have His pulpit for several weeks? Are you willing to confess your own sin?

Church members, are you willing to humble yourself, step out of your comfort zone, allow God to convict you, drop your pride and confess your sins, and press into prayer like never before?

If we don’t take the actions of 2 Chronicles 7:14 soon, if all we do is focus on “being nice to those outside of the church and standing for traditional marriage,” we will continue to lose our way, and our country. The only proof you need is to look at the toxic mess that social media has become, with one side shouting “gay marriage!” and the other side screaming “traditional marriage!” to see how effective that’s going to be.

“It will take more than highly promoted conventions with a parade of celebrities to meet our problem of a sick church trying to minister to a sick world. If God ever rends the heavens and comes down again in real revival, he may begin in some obscure country church where a little band of nobodies in holy desperation prays like Jehoshaphat, “We know not what to do, but our eyes are upon thee.”
Vance Havner

One response to “We’re Missing the Point”